We sat down with author JD MORVAN and artist TORU TERADA (virtually, from three different corners of the Earth — thanks, Internet!) to talk about the upcoming release of SMALL WORLD, the “cyberpunk fairy tale” currently running on Kickstarter!

Magnetic Press: Hi JD! Hi Toru! Thank you for taking time to answer some questions for us. We are very excited to release SMALL WORLD this Fall, and fans would love to know more about the authors. How did you first meet?

JD: We met in Tokyo. An editor who loved Toru’s work told me about him. He got in touch with him on his side, before sending me his portfolio. I immediately fell in love with it.

Toru:  JD came to Japan to find mangakas to work with. Then he saw my drawings that were left at with an advertising publisher, and the editor contacted me to ask if I was interested in comics and working with a French author.

Magnetic Press: JD, how many books have you written now? It is a LOT! How do you stay so prolific? How many projects do you have in production at one time?

JD: I don’t know, I never count. I was already bad at math at school. What interests me is DOING THEM. Immersing myself in a project, getting my hands dirty, thinking about it day and night. What amazes me myself is that I can do this with several scenarios at the same time. I must have neat little lockers in my brain. 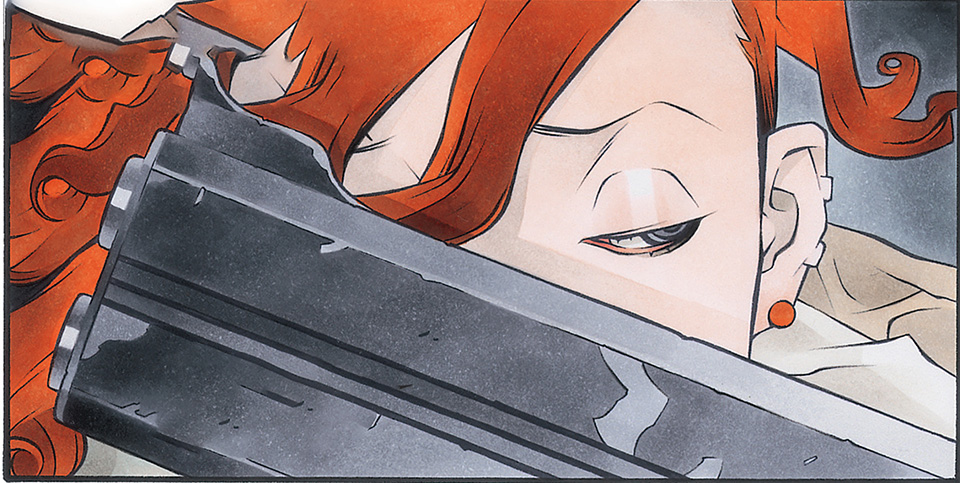 Magnetic Press: Toru, what other projects have you worked on?

Toru:  Not so many. Cover illustrations and pages for novels and CDs.  Recently, I did work for Yasumi Tsuhara’s novel, “PENIS.” The famous rock band in Japan, The Yellow Monkeys CD albums “Bunched Birth” and “Smile”, and musician Kazuya Yoshii’s CD albums “The Apples” and “After The Apples.” As for manga, I did a monthly series for the magazine “Number 8 in Oiwake-tyo,” but it’s a pity that it hasn’t been gathered into a comic book and finished. 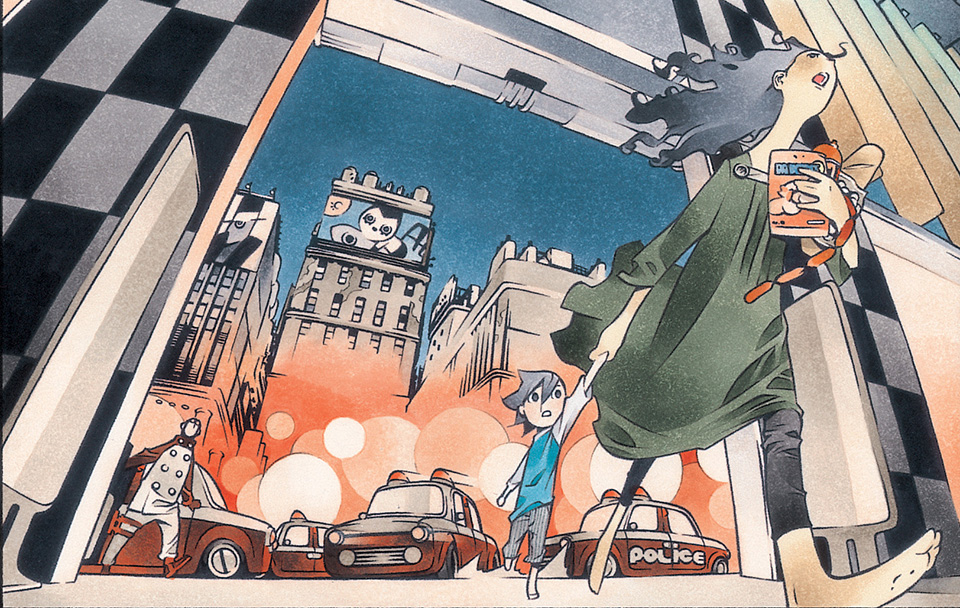 Magnetic Press: JD, how did you get started writing comics?

JD: By drawing them! I decided I wanted to do comics when I was 11. At the time, it was impossible to find artists to tell my stories, of course. When I went to study at a comic strip school in Belgium (St-Luc), I wanted to draw. But I quickly realized that what I liked about drawing was having finished drawing. As I had met friends who drew better than me, and we absolutely wanted to leave this school which did not suit us, I wrote scenarios for them that I presented to editors. At the time, I didn’t know anyone… We reacted to the studies, and it worked. Today I find it completely crazy, but no more than considering doing comics all your life.

Magnetic Press: Toru, when did you become interested in drawing? And how did you start as a professional mangaka?

Toru:  Perhaps I started drawing in elementary school as a student, or much younger. I’ve never studied art; I just love drawing. In fact, SMALL WORLD is the first manga (BD) style for me. I’d wanted to be a professional mangaka, but I thought it was a distant dream. But my wife is also a mangaka, and she believed I could be too, so she left my drawings with the editors at the publisher she worked with. Then JD met them. So I have to appreciate her believing in me, and also JD finding me.

Magnetic Press: SMALL WORLD was originally released as a French BD (bande dessinée), but it is very clearly inspired by manga. Were you trying to follow one style or the other? Or were you intentionally aiming to create a new hybrid style?

JD: When I was little, around 1979, French television started showing Japanese cartoons (Captain Harlock, Grendizer, Candy Candy, etc…). So it’s a very old influence for me. I was already reading a few French-Belgian comics and I bought comics magazines translated into French. So I’m a product of that comic strip fusion. I first went to Japan in 1990, that’s where I found out that cartoons are often based on comic books: manga. There were none published in France at the time. Eventually, Akira arrived. When I returned to Tokyo in 2002 with my friends Thibaud Desbief, Yves Schlirf, and Christel Hoolans, I began to dream of doing collaborations with Japanese designers. And we put that in place little by little. Toru was the first one, then I worked on a comic with Jiroh Taniguchi. Then, with others like Kamui Fujiiwara and Naoki Saito. SMALL WORLD was lucky enough to be published in Japan by the great publisher of Dragon Ball: Shueisha.

Toru: In Japan, it’s interesting that SMALL WORLD is said to be drawn in a European style like BD, not a manga style. Honestly I wasn’t conscious of drawing in any style at all at that time. I was told so, then I felt “ah, it seems be so?”

Magnetic Press: Who inspires you? Other artists? Musicians? Writers? Directors?

Toru: BD and MANGA: Enki Bilal, Atsushi Kamijo (I was an assistant to him for 10 years) and Shuhou Itahashi (SYUFO). Movies: I like the genre of Sci-fi, fantasy, and action. BLADERUNNER, BRAZIL, and THE CITY OF LOST CHILDREN. Recently I’ve liked James Wan’s movies like INSIDIOUS and the ANNABELLE series.

Magnetic Press: JD, you have a talent for working with amazing artists, quite often “discovering” new names who are just starting or are new to comics. Many of them are from Asia: Toru, Huang-Jia Wei, Kim Jung Gi, and many more. How do you come across so many great Asian artists? And how do you convince them to create such large, time-consuming projects with you?

JD: The truth is, I love comics just as much as I love traveling. So it’s interesting to mix the two. Besides Japan, Korea, and China, I went to Buenos Aires where I discovered fabulous Argentinian designers. They worked quite a bit for the American comic book industry, I hope you don’t mind letting them work for the Franco-Belgian comic strip. For me, talent has no boundaries. The same way the world shouldn’t have it. Humans are humans, designers are draftsmen before having a nationality.

Magnetic Press: Toru, what drew you to the SMALL WORLD project? How long did it take you to finish it?

Toru: It took so long time to finish… I was asked “Aren’t Japanese mangakas supposed to draw fast, I think?”, because my average pages were only 2 per a month for volume 1. Finally, it took 6 years for all 3 volumes. 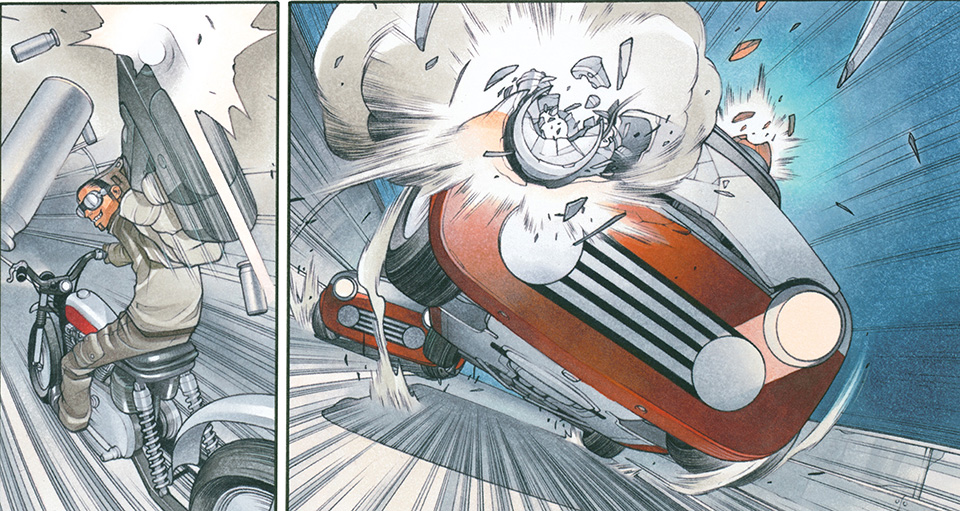 JD: I hope! It depends on Toru’s schedule …

Toru: Sure. I’m always ready for a new project.

JD: HAHAHA, a little too much to go into details. 😊 I can say that I’m working on the story of a friend who is 96 years old and who resisted in Paris occupied by the Germans. With Dominique Bertail, whom you also published, we set out to tell her incredible life story. I also finished RAVAGE with Rey Macutay, something tells me that you have already heard of this comic. 😊 [Coming soon from Magnetic Press as ASHES ASHES]

Toru: It’s pity that I don’t have any works now. If I can, I’d like to adapt my favorite movies into comics someday.

Check out a gallery of Toru Terada's other personal works!