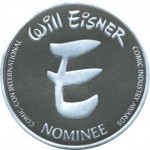 Some changes take time to process.

Roland has the perfect vacation planned for Fabienne – everything is organized, booked, and paid for in advance, with the entire itinerary recorded in a notebook. It’s going to be a wonderful week where they can discuss their future together.

But before they can even get their luggage to their rental, Roland is decapitated in a freak accident. And Fabienne, stunned and alone, has no idea how to process it. So in her daze of denial, she decides to stay and follow the itinerary as planned, as if the tragedy never happened.

Ghost-like, she wanders the tourist-filled streets, a passive spectator to the joys of others’ lives. Along the way, she meets Paco, a local vendor with some eccentric views on life and death. Being rather private normally, it isn’t hard for her to lie about the companion that never seems to be there at that very moment, but Paco soon puts the pieces together. His minor fascination with bizarre deaths has him all too familiar with the tale of the recently decapitated tourist. And he realizes this woman needs a friend right now more than anything else. So they spend a platonic week off and on, neither of them talking about what happened.

And that seems to be precisely what she needs to process everything.

A moving and mesmerizing look at life, death, and the many different ways we cope with each, written by celebrated author Lewis Trondheim (Infinity 8, Kaput and Zosky) and illustrated by Hubert Chevillard.

Lewis Trondheim (born Laurent Chabosy on 11 December 1964), is a French cartoonist and one of the founders (in 1990) of the independent publisher L’Association. Both his silent comic La Mouche and Kaput and Zösky have been made into animated cartoons. He has been nominated and/or awarded with numerous honors throughout Europe and North America, including several Eisner nominations, Harvey nominations, Ignatz Awards, and Angouleme festival Awards.

Born in 1962 in Angers, Hubert Chevillard has been drawing stories since childhood. He studied at the School of Fine Arts in Angouleme and then worked in animation. He published his first pieces in the magazine Pilote before drawing the 4 volumes of the series The Bridge in the Vase, written by Sylvain Chomet. Then, The Planetary Archives, a series of short stories in Fluid Glacial with Corcal. He has worked extensively in the video game industry, on popular titles including Assassin’s Creed, Beyond Good & Evil, and Rayman. He currently lives in Montpellier.

Lewis, this is a unique story in that it begins with a bizarre accident that most of us can’t even imagine. The main character’s reaction to that event is the basis for the rest of the book. You’ve written some unusual character stories in the past, but what was the original inspiration for this story?

LEWIS: I had heard a news story that was similar to this story, or in any case, just the starting point with the death of a vacationer because of a sheet of metal carried by the wind. I don’t think he was beheaded, but in any case he is dead. And as a screenwriter, my imagination is often based on reality, and I imagined the reaction of his loved ones still on vacation. I asked myself, what if the person with whom he was with did not want to return, but rather enjoy the rest of the holiday, what would happen? Why would this person do that? And I pulled the thread from that starting point. Beyond that, what interested me was to follow a female character. This is the first story I’ve written with
a female central character. And I waited until I was 45 years old to dare to do that.

This is also a very contemplative story – it has a very romantic atmosphere, yet there is no romance between the characters. In fact, much of the story seems like a love letter to Life itself, particularly within the coastal city of Palavas-les-Flots in Southern France. Was the location a key part of the story concept from the beginning?

HUBERT: The reason we choose Palavas was mostly that we live close to there, and because of that, we had no doubt we could convey an intimate knowledge of the place.

LEWIS: For intimate stories like these, where there is no narrative text, we must know the characters to make them play, react, and talk. But we must also know the scenery in which they live, so we can best use it to bring out emotions, psychology, and intentions.

Hubert, at what point did you come onto the project?

HUBERT: We had been searching for a subject to work on together. Lewis regularly get ideas, not everyone leads to a book, but at one point, he got one that could fit my drawing style.

So much of this book is dedicated to the sights and (virtual) sounds of Palavas — were you already familiar with the location and its unique attractions?

HUBERT: We’ve been living very close to Palavas for around 20 years; the book gave us an opportunity to get even closer. Palavas is an interesting place, it has developed a lot as one of the first popular vacation spots, so the summer public has a personality of its own. We tried to make a portrait of this rather particular ambiance.

LEWIS: Palavas is known for being a very popular tourist destination, very “basic French”, for small salaries and common people. We wanted to use that, but with love, without making fun of this fringe population.

Much of the book is visual, with beautiful sequences told without text, through the silent sight-seeing that the main character experiences. How challenging was it to write and collaborate on these sequences together?

LEWIS: I have often tried to play with the intelligence of the reader. Don’t give them everything. Give them elements of understanding, but allow them to make their own analysis, take their own journey. I wanted them to get involved in figuring out Fabienne’s decision to stay in Palavas. To do this, many contemplative sequences with hidden meanings were needed.

HUBERT: This is the advantage of working with a writer who also draws: he knows what will bring a visual sequence to life, even if there’s no dialog. Lewis didn’t give me any drawings, but the framing was relevant, and there was enough room to give texture to the passage of time.

You both are well-known for your work on high adventures and cartoon-ish characters – Kaput and Zosky, Infinity 8, Rayman, Beyond Good & Evil, Assassin’s Creed… Did you find it challenging to switch to a softer, more intimate character story?

LEWIS: Yes of course. Hubert told me afterward that he was surprised by my choice of story; he thought we were going to make a great adventure tale when I first asked him to work together.

HUBERT: It’s a very different mood than in the video game industry, for sure. Slowing down the pace brought me closer to true life, real people. You’ve got to find interest in the tiny things of life. That’s okay for me.

What is your favorite sequence in the book, either as author or as the reader?

LEWIS: I like the scene where Paco wants to take Fabienne to a picnic, to be forgiven for something only he knows, but she turns back for other reasons at the last moment. That created frustration between the characters and in the reader that could be satisfied more strongly a little later.

HUBERT: It was very interesting drawing the beach sequences. They stage, in the course of a few scenes,Fabienne’s coming back to life. That’s kind of a spine for the book.