In war, children are the first victim…

1937. In the chaos of the invasion of Shanghai by Japanese troops, a well-bred little girl is separated from her parents and is left alone but for the help of a boy from the streets. Together, these unlikely and opposite children set off to find her parents and survive adventures across war-torn China. 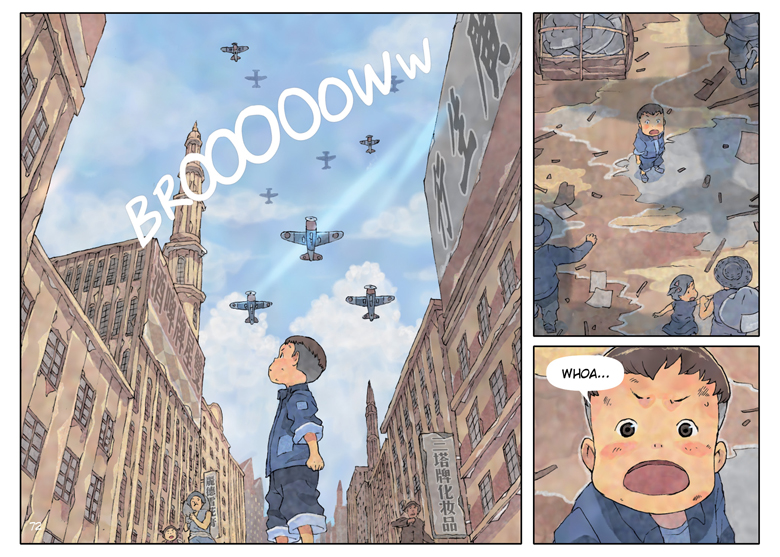 Yaya, the eight-year-old daughter of a diamond merchant, lives a life of luxury in the French Concession in Shanghai. Her one great passion is the piano. While she is preparing for an important audition, her father decides that the family must leave town in the face of the imminent Japanese invasion. The evening before all the family is to leave, stubborn Yaya, unaware of the danger, runs away in an attempt to make it to her audition come what may. On the way, in the midst of the crowd fleeing the Japanese offensive, She is caught in a bombardment. She owes her life to Tuduo, a street urchin who discovers her unconscious in the ruins of a house. 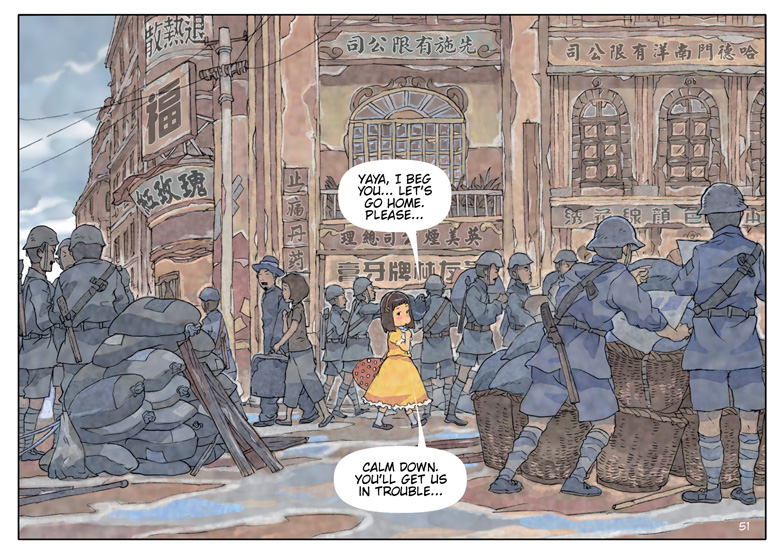 With his help, Yaya learns that her family fled for Hong Kong without her, and she determines to go join them there right away. Tuduo begins to dream about what his life would be like if Yaya’s parents welcomed him and his little brother into their beautiful home. He decides to go along with Yaya on her long and perilous journey. But before he can do anything, he must escape from the clutches of Zhu, who runs a gang of homeless boys. When Zhu learns that Tuduo’s little protégée is from a very wealthy family, he comes up with a Machiavellian plot to kidnap her and collect a ransom. Tuduo and Yaya barely manage to get away and head off for the south. But Zhu, a heartless outlaw, doesn’t give up so easily and comes after them, driven by his high hopes of cashing in on the ransom scheme.

This nine-volume series chronicles their long journey fraught with perils. The children meet all sorts of people, both friendly and wicked, as they travel toward Hong Kong. Yaya and Tuduo are different in every way: social background, character, dreams, and desires. These children learn many growing lessons along the way, not the least of which is to judge a person on their character, not their social or financial status. The gloom of war, its absurd tragedy, gives way to the incredible capacity of youth to overwhelm grim reality. Imagination is the only thing these children have to defend themselves against adults who are like the ogres, evil fairies, or good witches of bedtime tales. Their imagination gives the story a touch of poetry, while humor brings a lighter touch to a story that is steeped in genuine historical tragedy.