Looniland is a joyful and colorful world populated by mythical and extinct creatures: unicorns, cyclops, dodos… But behind this facade hides a highly unequal society: from an early age, each inhabitant of Looniland is categorized as “beautiful” or “ugly” according to certain subjective criteria. 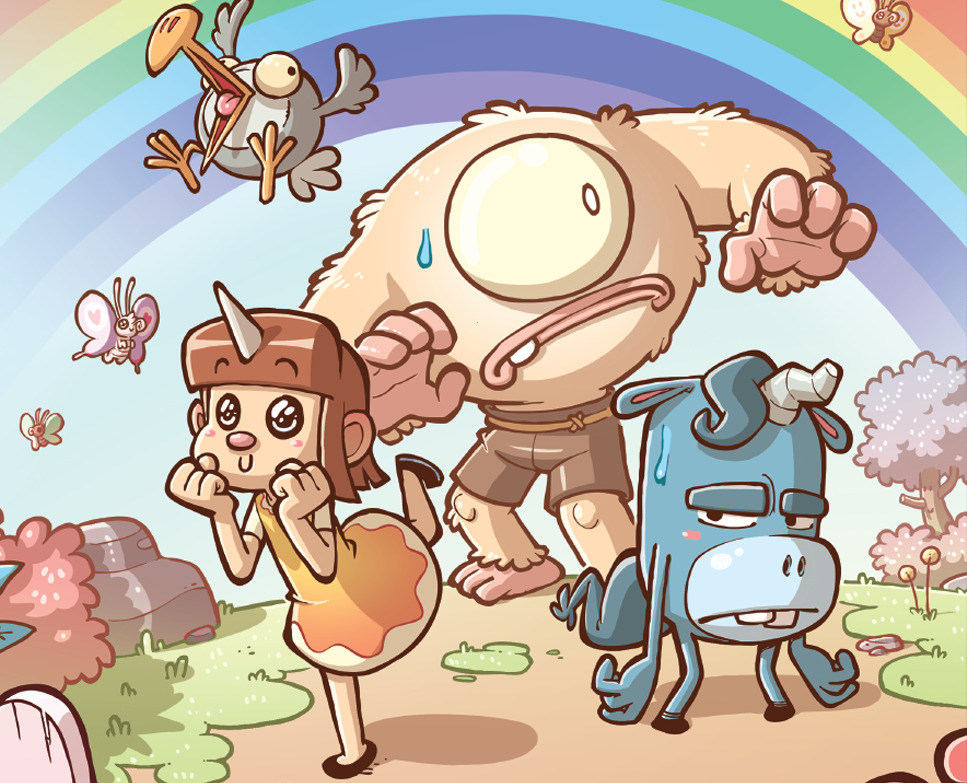 The life of the “beautiful” is idyllic while that of the “ugly” is filled with drudgery and danger. But the balance of society will be upturned by the arrival of Penny, an amnesic human child.

According to legend, the world of Looniland was created by the Great Invisible Pink Unicorn. In her great kindness, she collected all oppressed or endangered creatures from other worlds and gave them refuge in Looniland. Penny understands that her horn made her a special creature on her world and that the GIPU “saved” her by bringing her here. 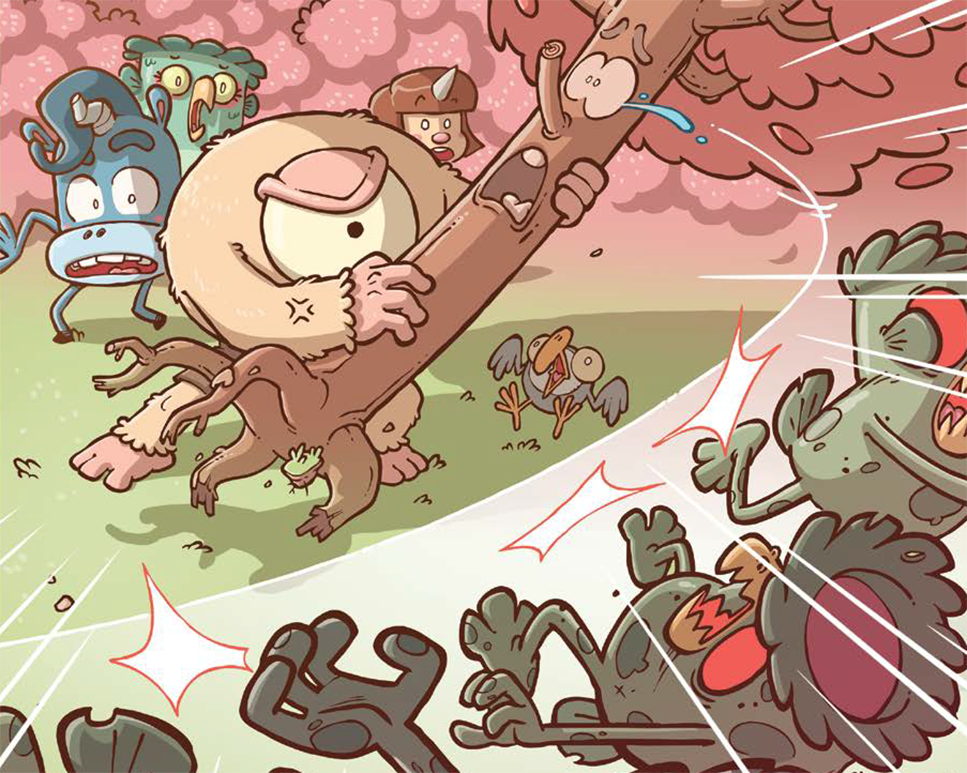 But now with her new friends Uno and Kurb, she heads for the original temple, determined to ask the GIPU to take her home.

The energetic and zany cartoon style will appeal to fans of bizarre toons like ADVENTURE TIME, STEVEN UNIVERSE, and GRAVITY FALLS. Presented in a slightly smaller 6.5×9” paperback format more digestible than comic size our younger readers!