Ambition is not for the faint of heart…

POS is the true story of French comic publisher Pierre Paquet, who started publishing original graphic novels out of his own pocket in 1996. It was a small operation at first, but slowly grew into one of Europe’s most respected labels.

Starting his own publishing company from scratch wasn’t easy, especially with all of the other stresses in life: freeloading friendships, financial worries, professional betrayal, peer pressure, and let’s not forget girl problems…

Fortunately, there was one thing he could count on no matter what: a dog named Sonny. 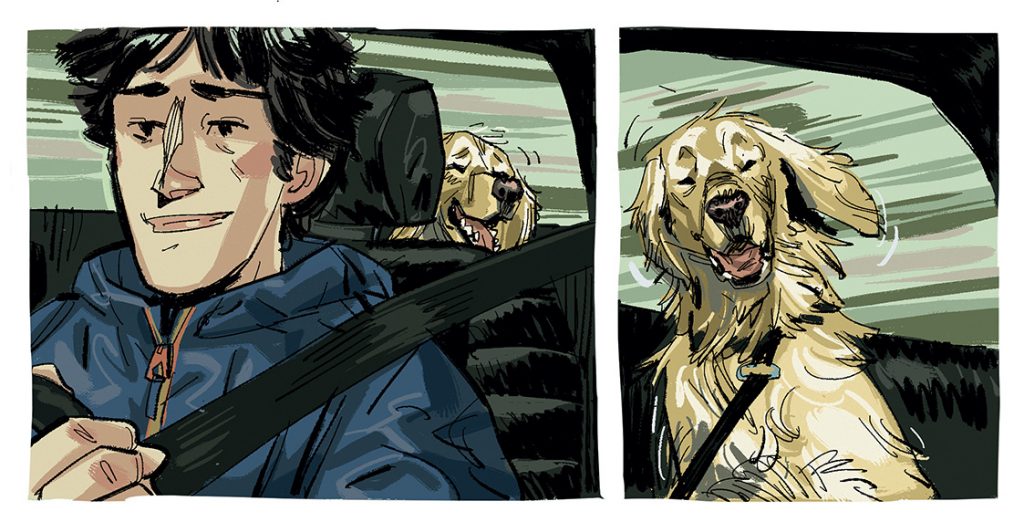 POS is an honest, heartfelt, funny, and touching memoir by the Eisner-nominated writer of A GLANCE BACKWARD, revealing the true trials and tribulations of maintaining relationships while chasing independence. Sometimes when you focus on a dream too hard, the most important things in life get lost, even when they’re sitting right in front of you… 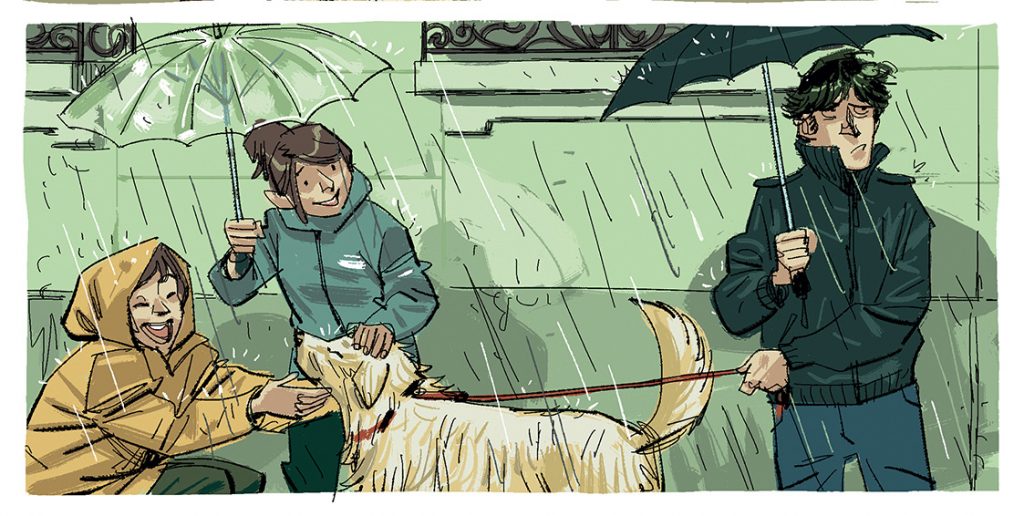 Sorta like a comics-industry-set BOOGIE NIGHTS meets MARLEY AND ME...

Make no mistake: Pierre faces some truly grown-up issues — sex, death, and being a publisher in a turbulent comic industry — but regardless of our own industries, its hard not to identify with the feelings of loneliness and that need for companionship explored in this book…

Pierre Paquet founded the European publishing house Paquet Editions in 1996, with an eye for producing material he felt was not properly represented by the publishing houses at the time. As a gallery owner with an interest in comic art and narration, he began showing works of cartoonists and was shocked that so many of them had trouble finding support by the comic industry.

In the decades that followed, Paquet Editions grew to be renowned and respected for titles such as Romain Hugault’s The Grand Duke and Beyond the Clouds. Pierre’s first book as author was Un Regard Par-dessus l’Épaule (published in English as A Glance Backward), a semi-autobiographical recounting of his journey of self-discovery as an 11 year old facing the news of his father’s death. POS is his second
autobiographical book.

With widespread interests in everything from aviation to cycling, he has insisted on supporting artists and ideas that may not seem immediately popular, but believes that with proper execution, anything can be interesting.

With a degree in fine arts, specializing in design, Jesús Alonso spent five years working in the Animation Studio Milímetros, SA, creating layouts, storyboards, and character designs for several TV series, such as Pippi Calzaslargas, Renade, Street Sharks, and Todos los Perros van al Cielo, as well as animation features Los Tres Reyes Magos and La Colina del Dragón. He was soon assigned as preproduction chief with the series Altair and feature film El Cid. In addition to this narrative work, he has also worked in advertising, with companies such as Remo Asatsu, Remo D6, Bassat Ogilvy, ACH&Asociados, and Draftworldwide. In 2002 he began his career as a freelance illustrator, creating popular comics for the French and Spanish markets, including the renowned Silhouette with writer Victor Santos and POS with writer Pierre Paquet.