A master of Illustration and student of history…

This collection of artwork from European comics master Sergio Toppi focuses on illustrations of biblical characters he drew during his lengthy collaboration with the journal Il Giornalino. Hundreds of character portraits and key scene illustrations from both the Old and New Testament are presented in Toppi’s inimitable pen-and-ink style.

The Sergio Toppi Gallery: Scenes from the Bible

Master artist Sergio Toppi depicts iconic scenes from the most widely read scripture in the world. 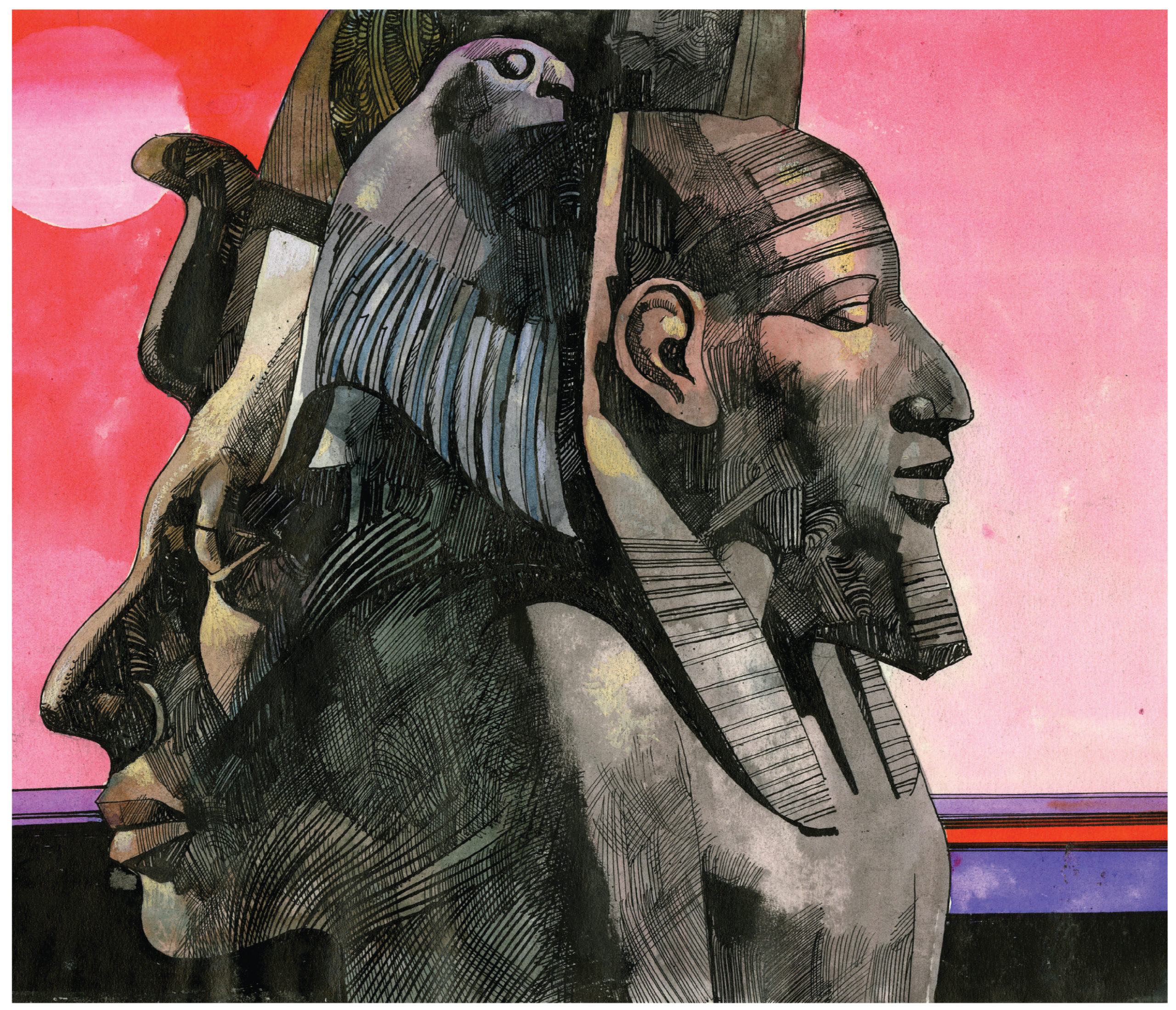 Sergio Toppi’s work has been hailed as an influence by such artistic masters as Sean Gordon Murphy and Walter Simonson. See his amazing vision for The Bible across many beautiful illustrations of biblical characters drawn during Toppi’s lengthy collaboration with the journal Il Giornalino. Hundreds of character portraits and key scene illustrations from both the Old and New Testament are presented in Toppi’s inimitable pen-and-ink style. 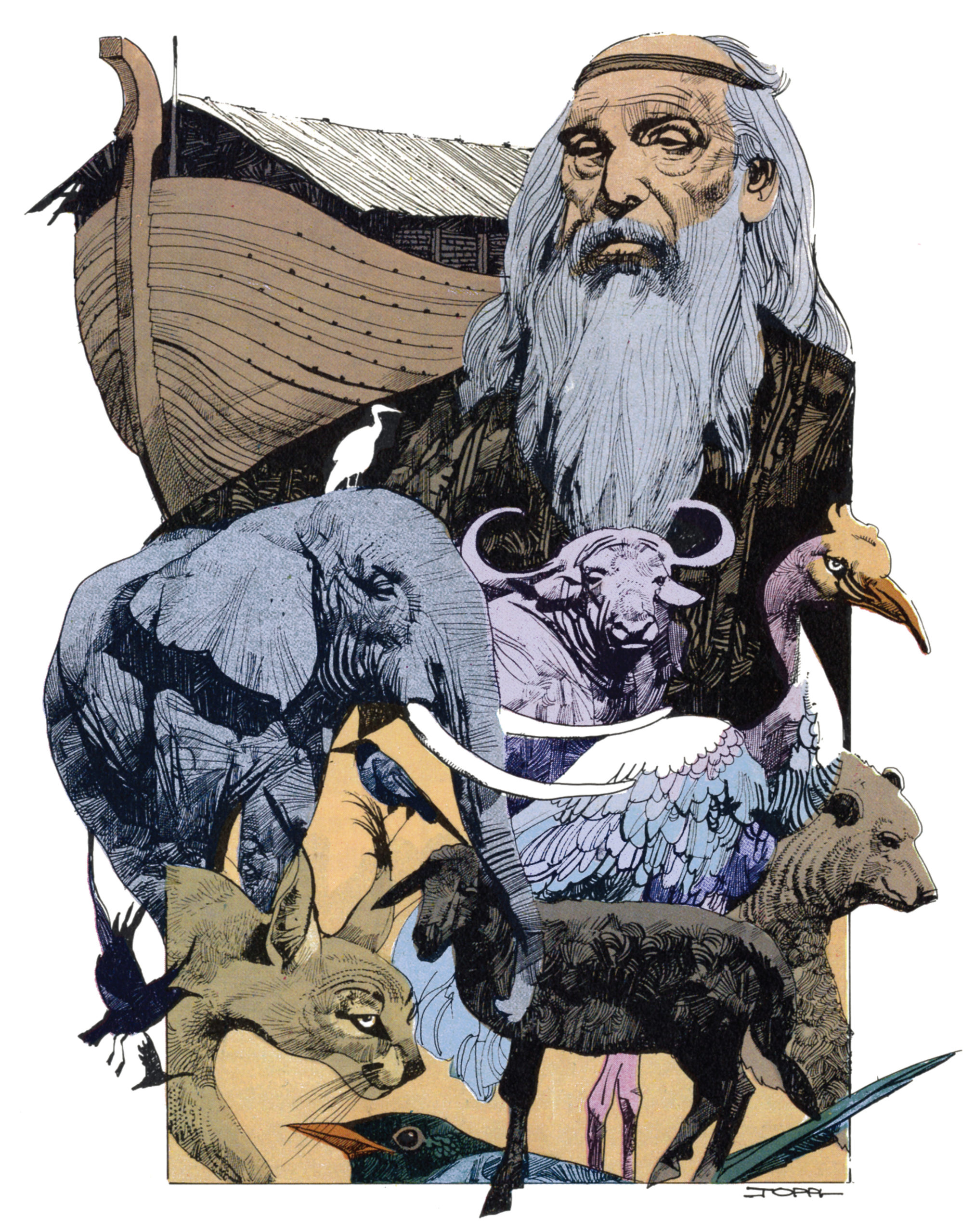 From the story of Adam and Eve in Genesis through the many moving character tales throughout the Old Testament to the gospels and tales of the apostles in the New Testament, this stunningly illustrated volume will give new life and visual reference for some of the most familiar passages in the Bible.

A set of tales inspired by the Arabian Nights by European comics master Sergio Toppi, exploring a barbaric society where the supernatural is the only remedy to injustice, as Sharaz-de, captive to a cruel and despotic king, must each night spin tales to entertain her master and save her head from the executioner. Featuring tales filled with evil spirits, treasures, risk, and danger, but ever at their center the passions of gods and men. 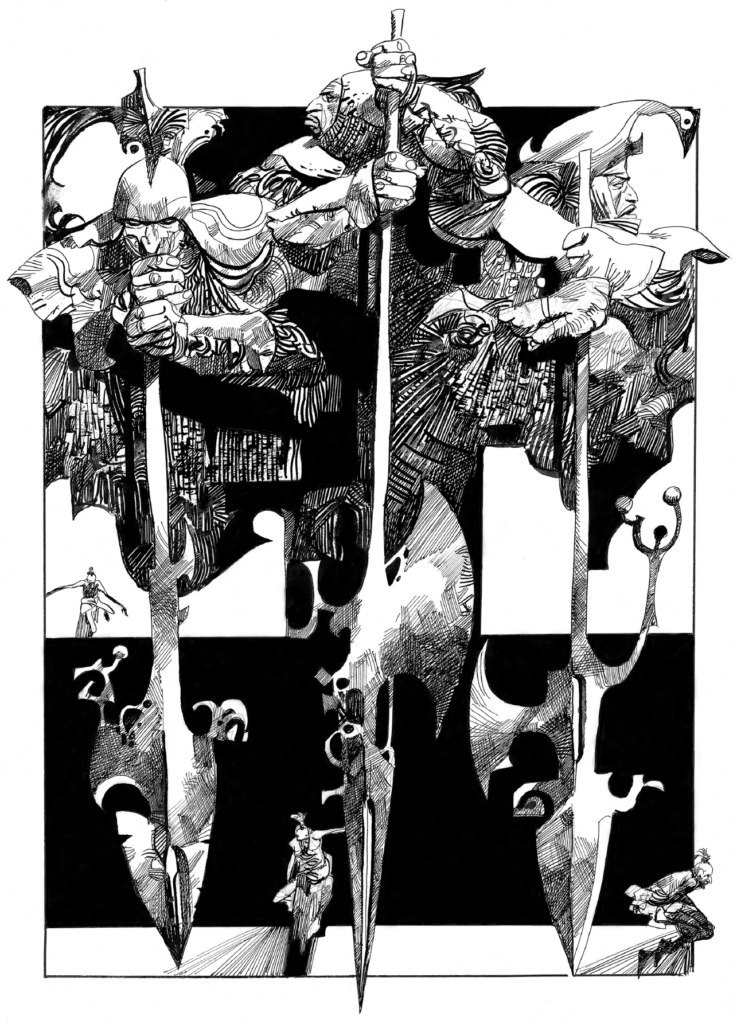 Preview Pages Tales from the Bible