Beneath the Trees (series)

Beneath the Trees (Series)

The stories in this four-book series take place in the same forest over the course of four seasons. Each can be read independently, exploring the complexity and richness of relationships with family, friends, and loved ones. As both writer and illustrator, the author doesn’t rely on text to convey emotions, oscillating between a clever dose of dialogue and wordless passages to makes these stories accessible to young readers starting as young as 5 years old.

Beneath the Trees: Autumn of Mr. Grumpf

Winter is fast approaching and all the animals in the forest are in full preparation: storing food and provisions, dining on the last worms with the neighbors, etc… All the animals but one: grumpy badger Mr Grumpf just can’t finish sweeping the dead leaves off his doorstep with everyone coming by to disturb him! Grumpf! 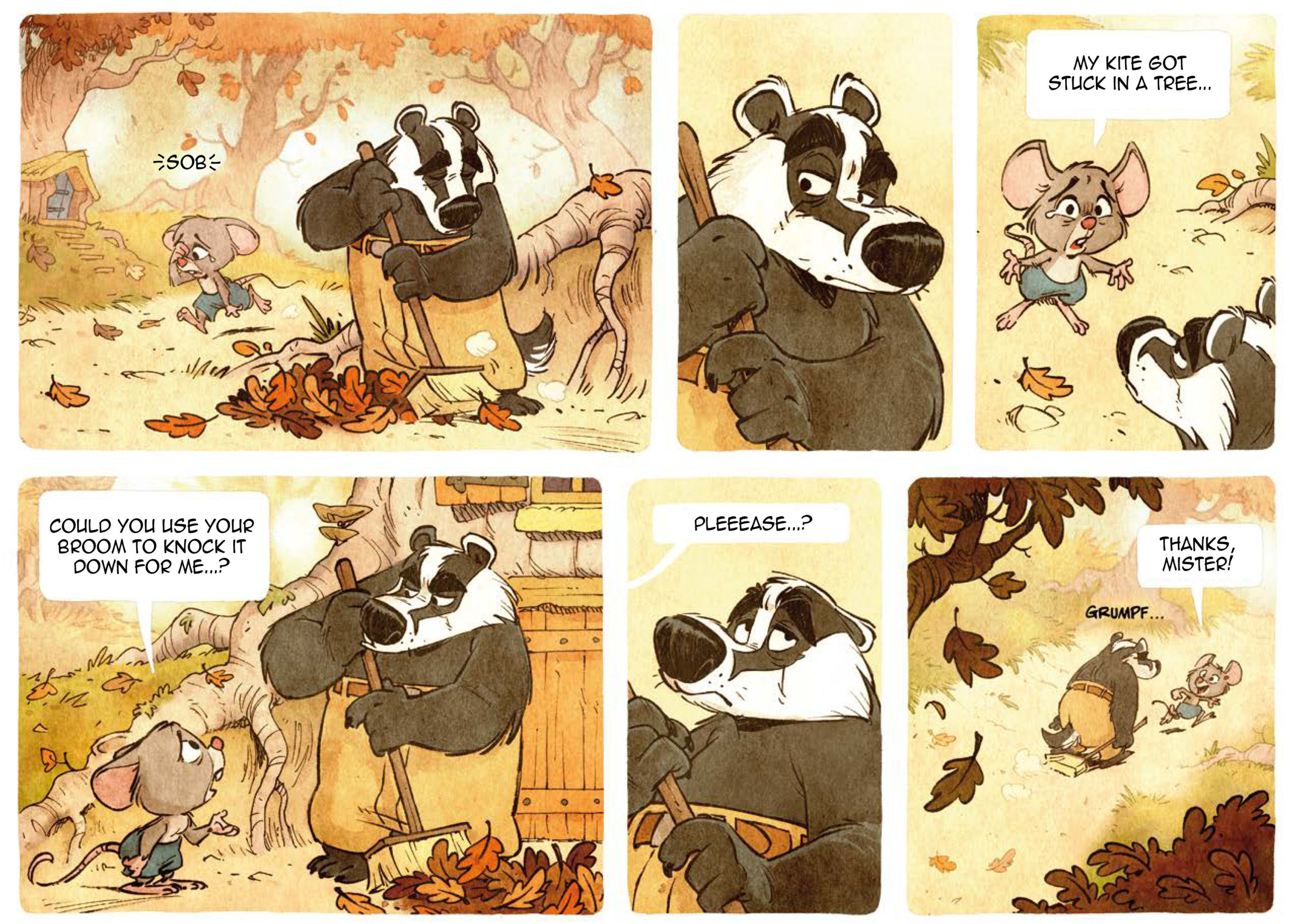 Beneath the Trees: Winter Chills

Winter is here, and snow covers the woods like a cold blanket. Mr. Fox has his enormous scarf to keep him warm, but it is almost TOO big — he can’t help but trip over it and get caught on tree branches all the time. But as embarrassing as that is, it is even more humiliating when trying to catch the eye of a beautiful lady! 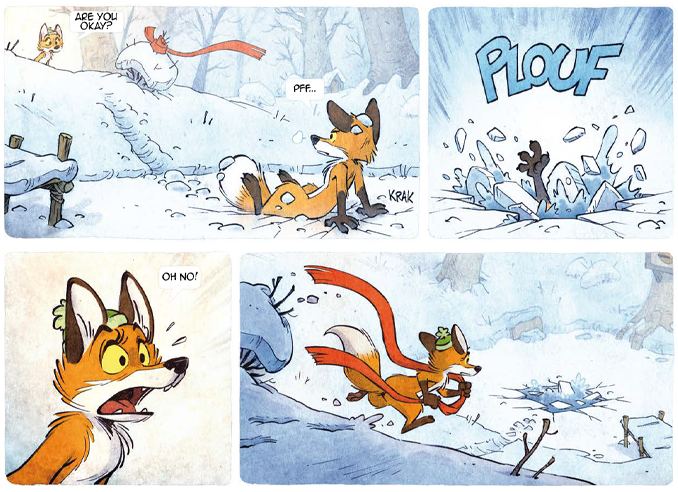 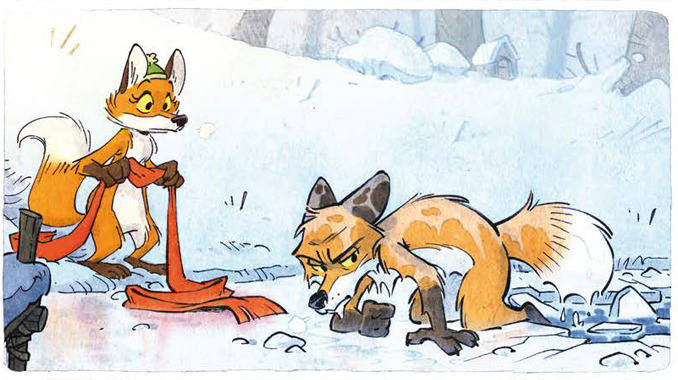 Beneath the Trees: First Spring

Winter has thawed and Spring has sprung! The forest is turning green again and no one is more excited to experience it than Mr Warthog and his brand new baby boy who gets to experience the great big outdoors for the very first time! 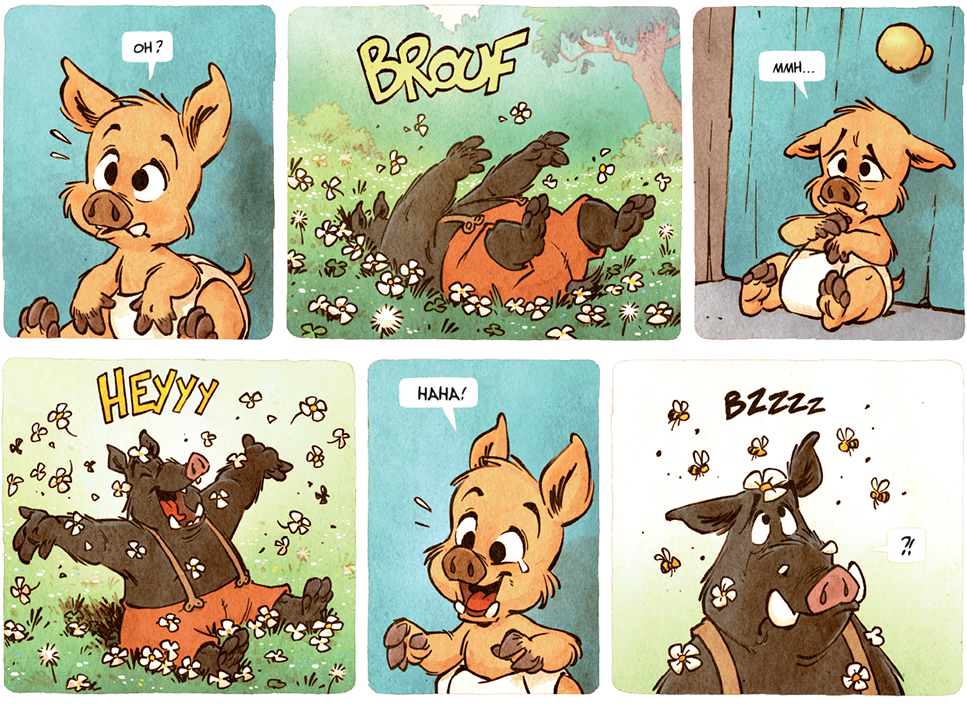 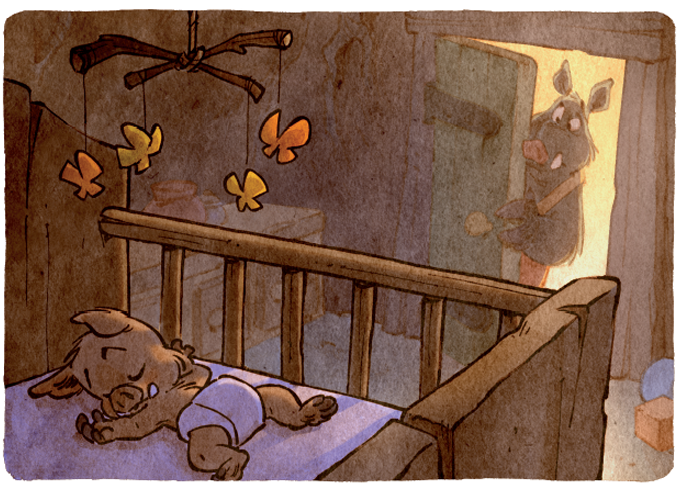 Beneath the Trees: One Fine Summer

It’s summer, and the laughter of children echoes under the trees. But for some of the older animals, the frivolous abandon of childhood is far behind them. Old Mr. Owl and Mr. Toad get the crazy idea to relive some of their youth if that’s even possible anymore… 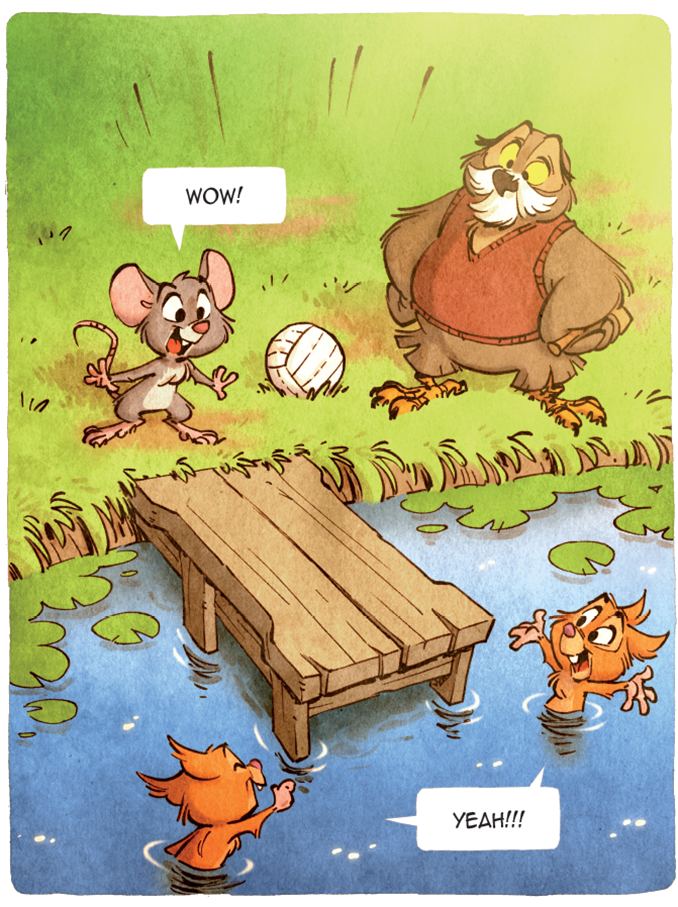 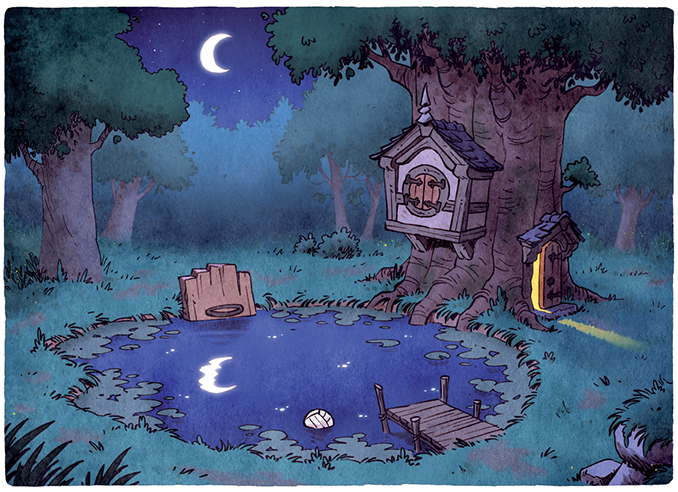 Presenting a graphic universe somewhere between Michel Plessix’s adaptations of THE WIND IN THE WILLOWS and the cartoons of Walt Disney (in particular those created by Don Bluth, such as THE RESCUERS and ROBIN HOOD), Dav gently conveys each season through a changing palette of colors and rounded designs.

Dav was born David Augereau on February 22, 1979 in Cholet, France, and decided very early on, like the next day, to become a cartoonist. In time, he met people around him who also wanted to draw, and together they launched the fanzine “Le Rhinolophe Mag” in 1995, in which Dav drew his first published pages of comic book art. But as he was only 16 years old, he stayed in school anyway and finished his studies of Visual Arts a little bit later. He spent his weekends drawing comics and walking around conventions where he met other people who also liked to draw… and get paid doing it! Open to such bribery, he decided to make every effort to do the same.

Thus in 2001, he entered the world of comics drawing for many of the most famous comic magazines in France drawing iconic Disney characters and more: Mickey’s Journal, Mickey Parade, Lanfeust, Spirou, Tchô!, Titeuf… In 2002, he published his first full graphic novel, Django Fox, followed by two dozen other kids’ titles with various publishers and co-authors.

Nowadays, he continues to draw for Mickeys’ Journal, Mickey Parade, and Spirou while focusing his passion on his most recent self-created series for kids, Beneath the Trees, which has garnered him the most success to date, something he enjoys almost as much as his trips to Disneyland.

A note from Dav

“I have a deep passion for animation, especially for the golden age of Disney, with its handmade drawings, watercolor backgrounds, and unforgettable anthropomorphic characters. “Beneath the Trees” is my modest tribute to the films and artists who made me dream when I was little and made me want to draw.

Each book in the series was written like a short, animated film that I would have liked to see in the cinema before a great movie classic… But on paper! I tried to rediscover a little of the magic of my childhood with these animal characters who live deeply human stories with themes like helping each other and love that will resonate in each of us.

Maybe this will bring back fond memories to readers my age, and give new memories to their children…

Above all, I hope that you will have the same pleasure as I did in strolling through this little corner of the forest throughout the seasons to meet all of the characters beneath the trees!”