A journey to discover secrets of the past
that could change the future.

Every generation, the bravest warrior in the tribe is tasked with venturing north to the Lost City of their ancestors to retrieve a portion of the treasure their forefathers had abandoned fleeing the cataclysm that nearly wiped them out. The trials are hard and many, but so is the quest this individual will inherit. 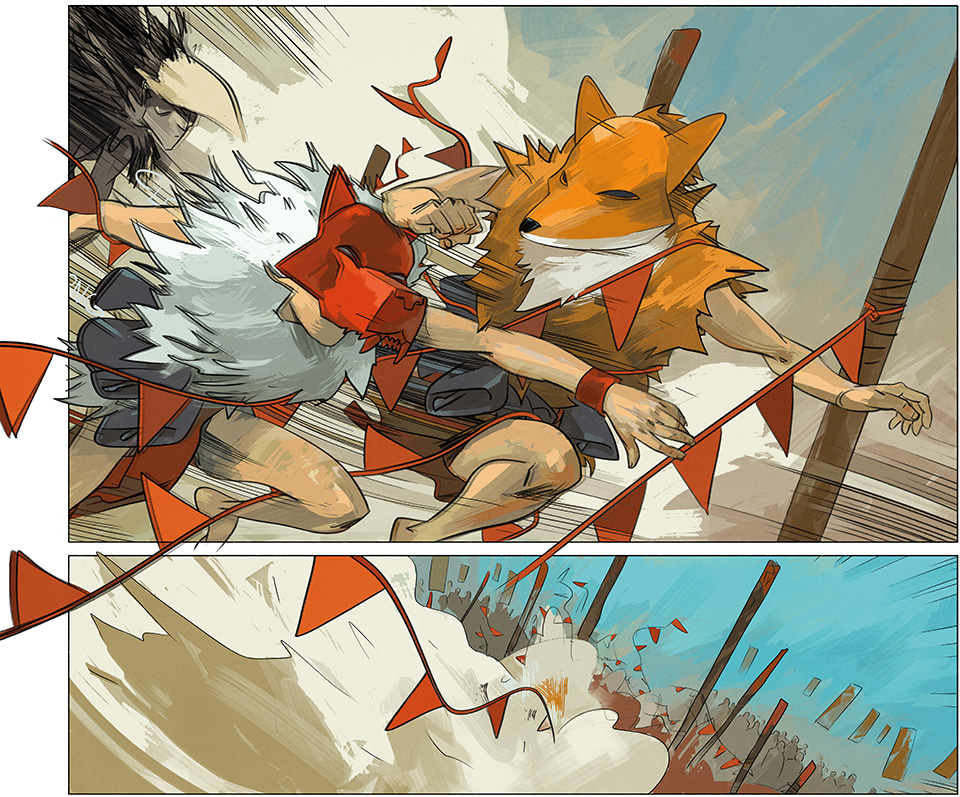 This time, however, to the surprise of many, the chosen warrior is a young woman. 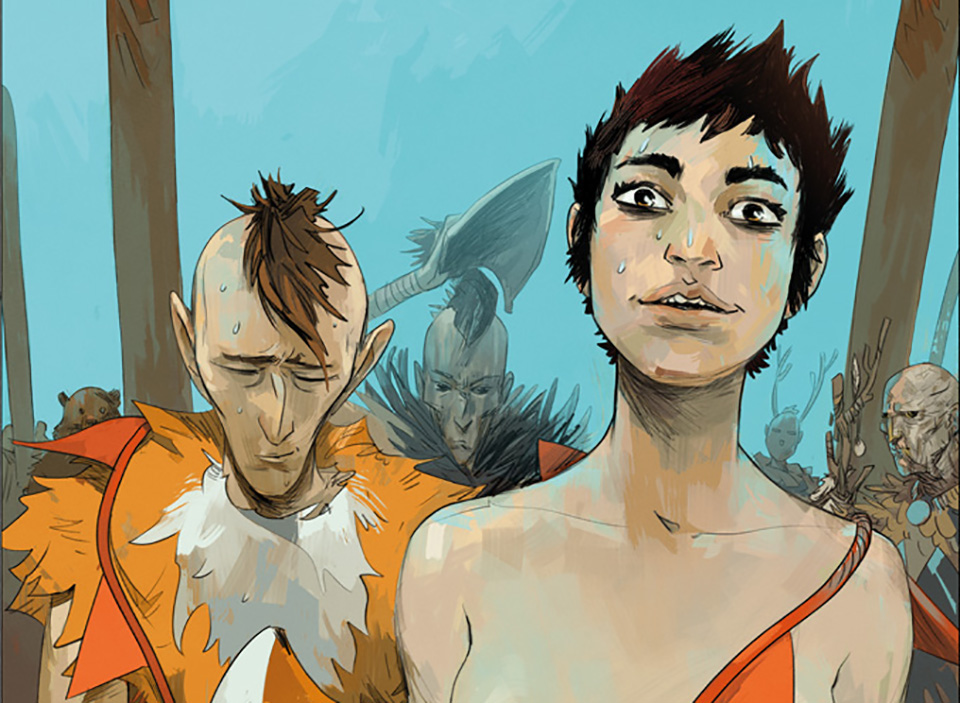 Kaya secretly entered herself into the trials, unwilling to accept the age-old assumption placed on women to become mothers and homebuilders. While forced to be accompanied by the male runner-up, an eager boy named Fox, she vows to prove the old traditions have expired by coming back loaded with riches.

The two set off on a fantastic journey filled with orcs, goblins, giants, and ghosts, encountering both physical and moral dilemmas in an adventure that could rewrite their people’s history.

Written and illustrated by: Luis NCT

Pre-order (shipping in May)

Pre-order (shipping in May)
MEDIA

Luis Nuñez de castro Torres – Luis NCT for short – grew up in Valencia, Spain, reading comics of all kinds on the Mediterranean beachfront. He made comics and fanzines in high school, eventually studying fine arts before becoming a freelance artist. He has worked as a concept designer for video games and film, but his passion will always be comic books. His first long-form comic book project was SLEEPERS, a post-apocalyptic sci-fi tale about a world ruined by giant robots, an open homage to his love of the genre.  This gave way to his second long-form solo project, WAHCOMMO, and his love for high-fantasy.