Eleven-year-old Joey’s world turns inside-out when he finds himself pulled inside the walls of his own home, seemingly trapped in a strange and surreal place. As he searches for a way out, he discovers a myriad of strange, intriguing, and frightening characters, who ultimately lead him to complete the greatest journey of them all: growing up.

A fantastical trip through a strange landscape that explores the changing perspective of a young boy facing adulthood.  As surreal as Alice in Wonderland, with a powerful truth underneath it all.  This beautifully illustrated, watercolored tale will make readers long for the simplicity of youth while embracing the wonderful complexities of adulthood:  RESPONSIBILITY, LOVE, CONSEQUENCE, and ultimately the shocking, inevitable realities of LIFE and DEATH.  Written by Pierre Paquet, this honest portrayal of a moment from his own life will take readers to a land of contemplation and adventure. 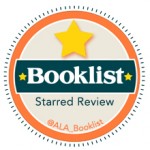 “Sandoval’s lush visuals, in sumptuous colors that shift with the mood of each otherworldly location, capture the bizarre tone of the story…  a profound glimpse into the depths of grief and too-soon coming-of-age.”

Pierre Paquet founded the European publishing house Paquet Editions in 1996, with an eye for producing material he felt was not properly represented by the publishing houses at the time.  As a gallery owner with an interest in comic art and narration, he began showing works of cartoonists, and was shocked that so many of them had trouble finding support by the comic industry.  In the decades that followed, Paquet Editions grew to be renowned and respected for titles such as Romain Hugault’s THE GRAND DUC and BEYOND THE CLOUDS.  With widespread interests in everything from aviation to cycling, he has insisted on supporting artists and ideas that may not seem immediately popular, but believes that with proper execution, anything can be interesting.  Originally published as “Un Regarde Par-dessus L’epaule”, A GLANCE BACKWARD is his first book as author, soon to be followed up by the autobiographical graphic novel PDM.

Tony Sandoval is a Mexican illustrator and author with a passion for strange stories.  Born in 1973 in the desert of Northwest Mexico, he grew up with a love for art and music.  His first comic works were NOCTURNO in the 1990’s and BLACKY in 2001, both self-published with his brother.   He continued to create illustrations in Mexico from 2001 to 2005, at which point he started work on original “bandes dessinées” (the French term for ‘comic books’, literally drawn strips) for Paquet Editions in Switzerland.  He quickly gained widespread notoriety with titles such as UN REGARDE PAR-DESSUS L’EPAULE (“A Glance Backward”), LE CADAVRE ET LE SOFA (“The Corpse and the Couch”) and LES BETISES DE XINOPHIXEROX (“The Xinophixerox Nonsense”).  He has since created the Calamar Collection for Paquet, a line of original works of his own and other artists with a similar sense of expression, including Grazia La Padula’s INVISIBLE ECHOS and Serge Annequin’s PIECES OF OBLIVION.

Tony recently received a 2015 Eisner Award nomination for his book DOOMBOY in the category “Best Graphic Novel for Teens”.