Two androids crisscross the planet for centuries in search of themselves and each other while civilization crumbles around them.

Born in a laboratory in Silicon Valley, two androids named Carbon and Silicon will witness the evolution of humanity. From this dawn of true artificial intelligence, the pinnacle of human achievement, they will directly witness ecological, economic, and cultural crises that alter civilization as we know it. Through their eyes, we rediscover our planet as it reaches the point of no return. 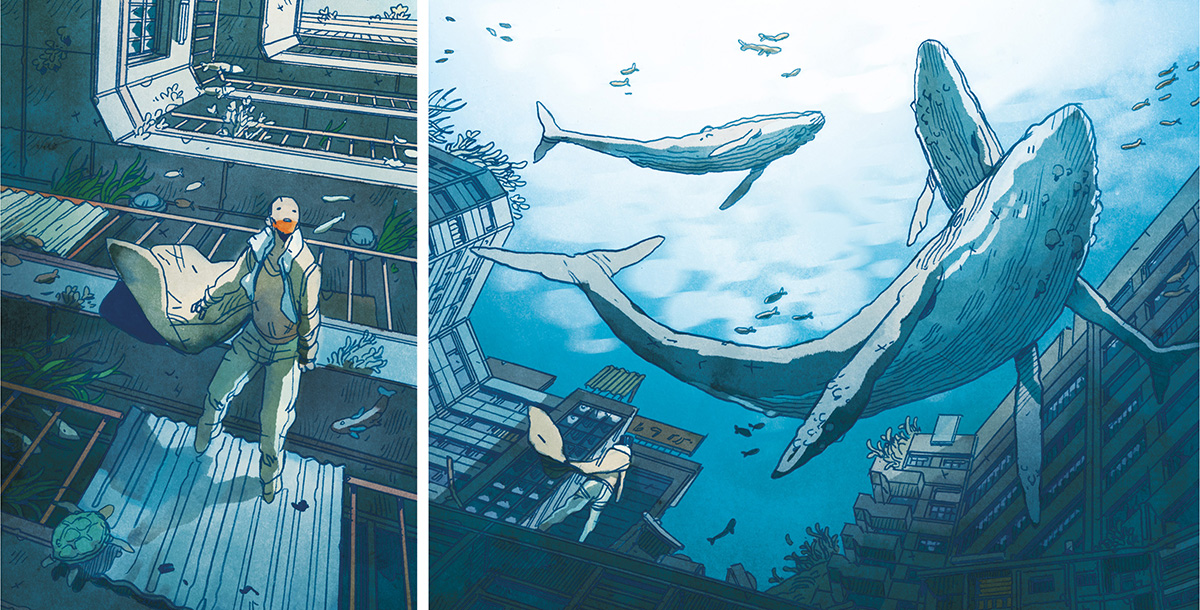 The latest project by celebrated author Mathieu Bablet, this ambitious work addresses themes separating artificial intelligence from humanity. A fable about the ravages of capitalism and the illusion of transhumanism. A cautionary tale spanning 300 years of frighteningly plausible future scenarios. 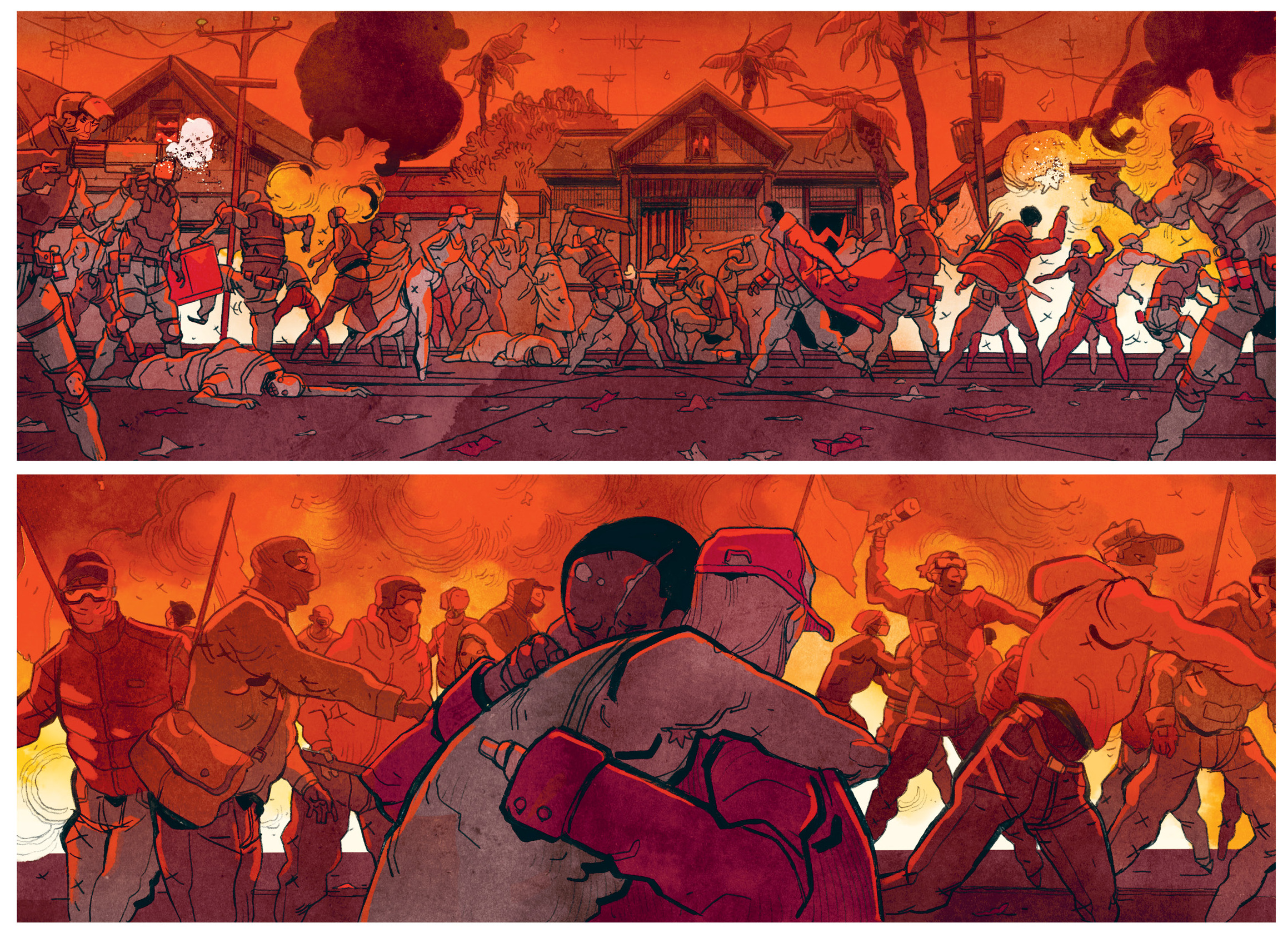