On the most habitable regions of Titan, mankind intends to write their own new “Genesis.”

Spanning a period of several millennia, this science fiction epic begins after mankind has abandoned earth to live in space stations run by corporate governments. After an introductory sequence amidst the ruins of Earth as it is consumed by the sun, it leaps from our desolated planet into a space-faring future, where life is good and all needs are met by the Tianzhu corporation. But that longevity isn’t enough, and science is ready to use its genetic knowledge to breed the next generation of human for colonization. 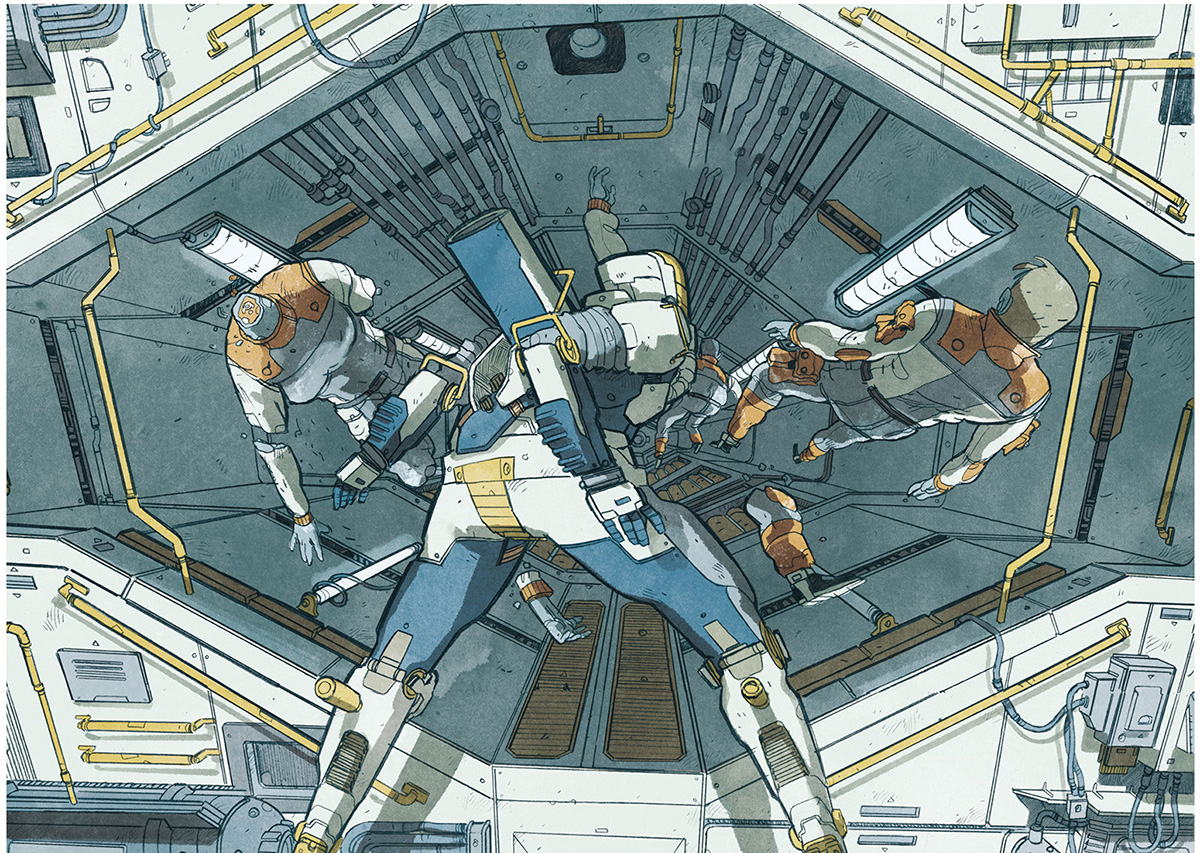 Through a cinematic visual style and dramatic pacing, this book proves to be much weightier and thought provoking than even its 220-page length would suggest. 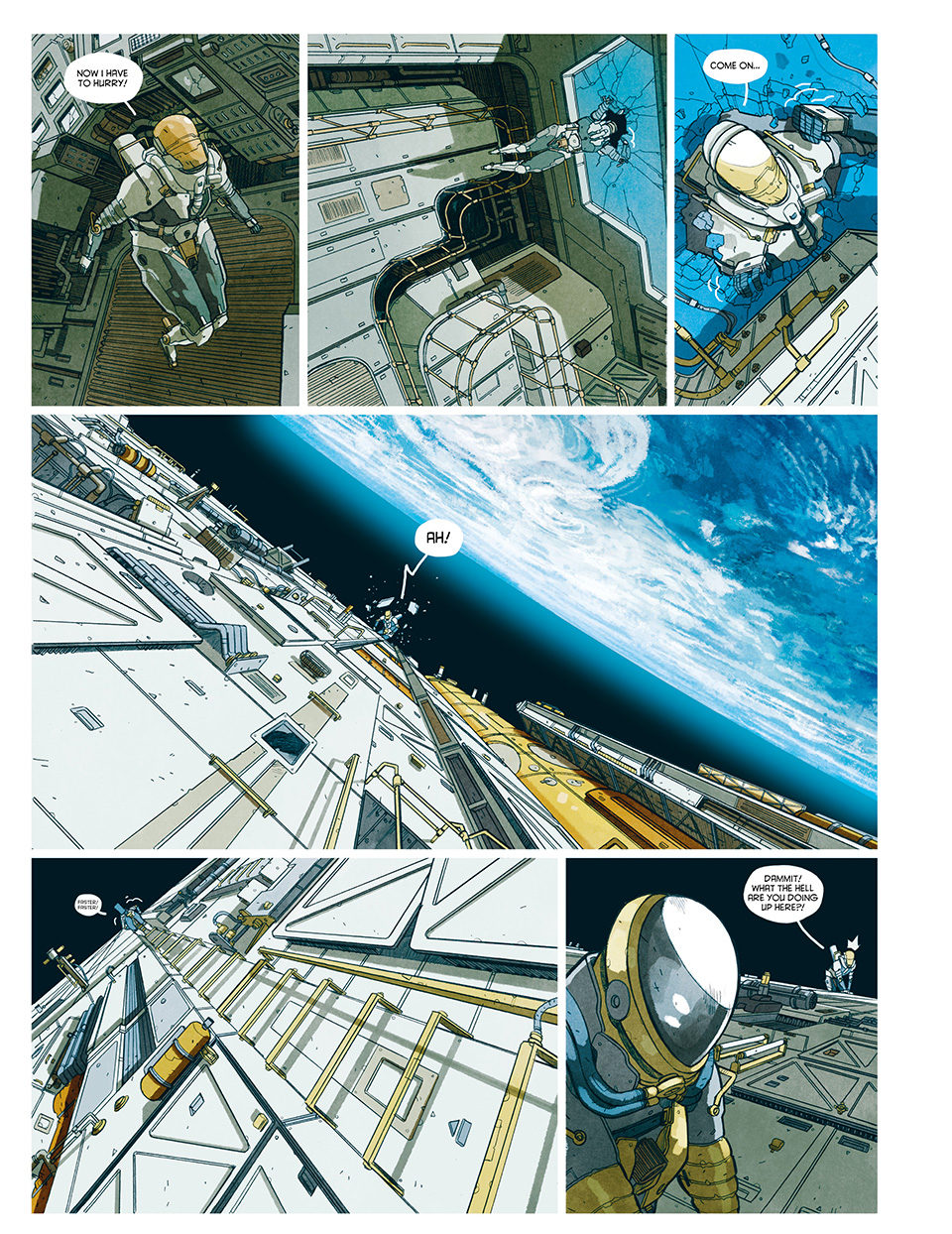