Celebrating The Best In Comics

2021 will be the third year of this awards ceremony which aims to celebrate the cream of UK and US comic talent. In previous years, we have tried to reflect the very best of this year’s comics and the talent who make them possible – the events of the last twelve months have demonstrated that comics and comic art remain incredibly important and vital to the fabric and well-being of pop culture and to culture as a whole. With these awards, we strive to showcase those that have literally saved us this past year.

Of the Awards, Tripwire editor-in-chief Joel Meadows says, “Tripwire has been promoting comics for almost thirty years now and, in 2018, we felt it was time for us to launch our own awards which would take our support to another level. We feel we are building on the success of the previous two years’ ceremonies, as well as reflecting the changing landscape of comics with some new exciting categories.”

Nominations for the eighteen categories are open for people to vote on from 8pm 1st May 2021 through until Midnight 1st August 2021, and the results of the awards will be announced at a special ceremony online later in the year (date and details to be confirmed). 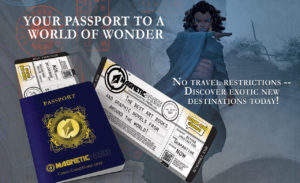