The world's greatest gentleman thief is celebrating a milestone... 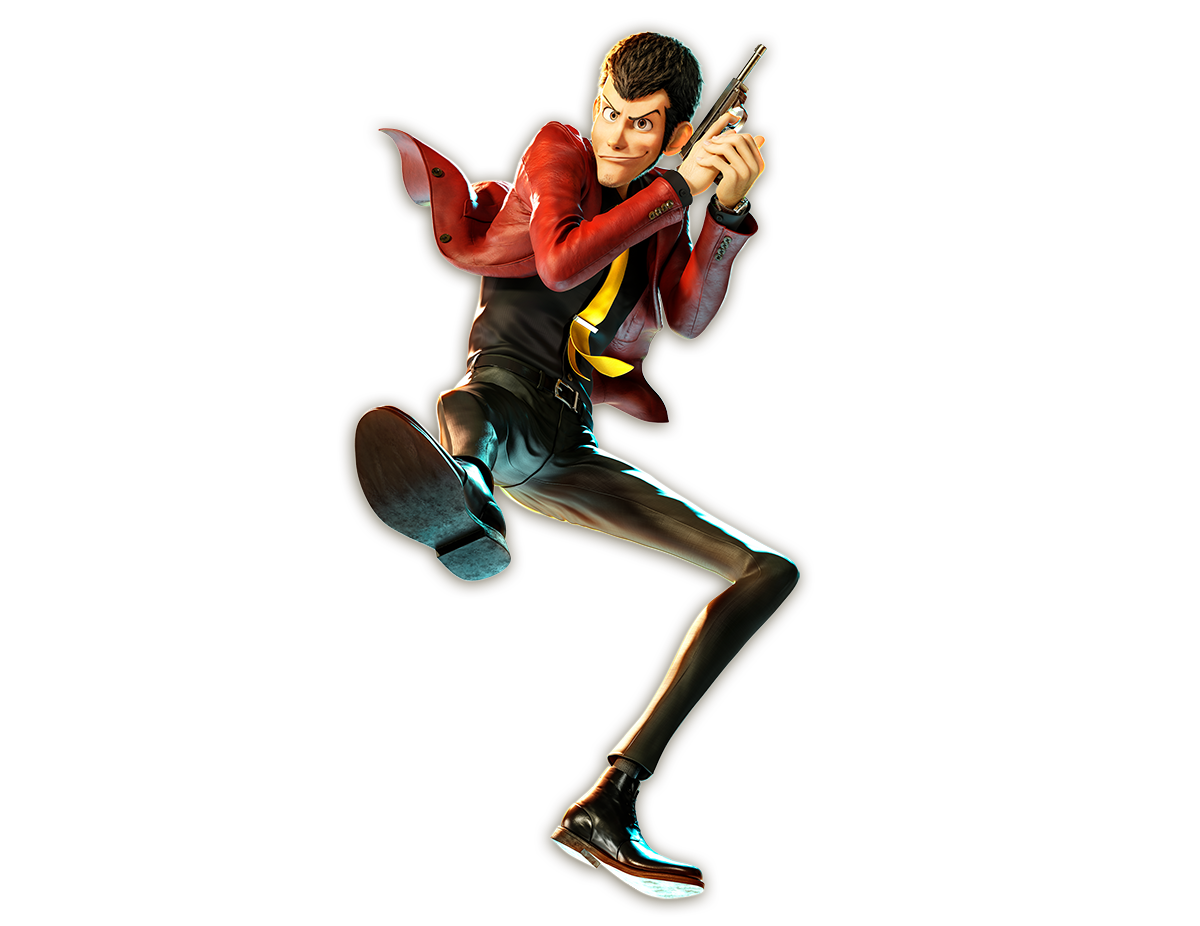 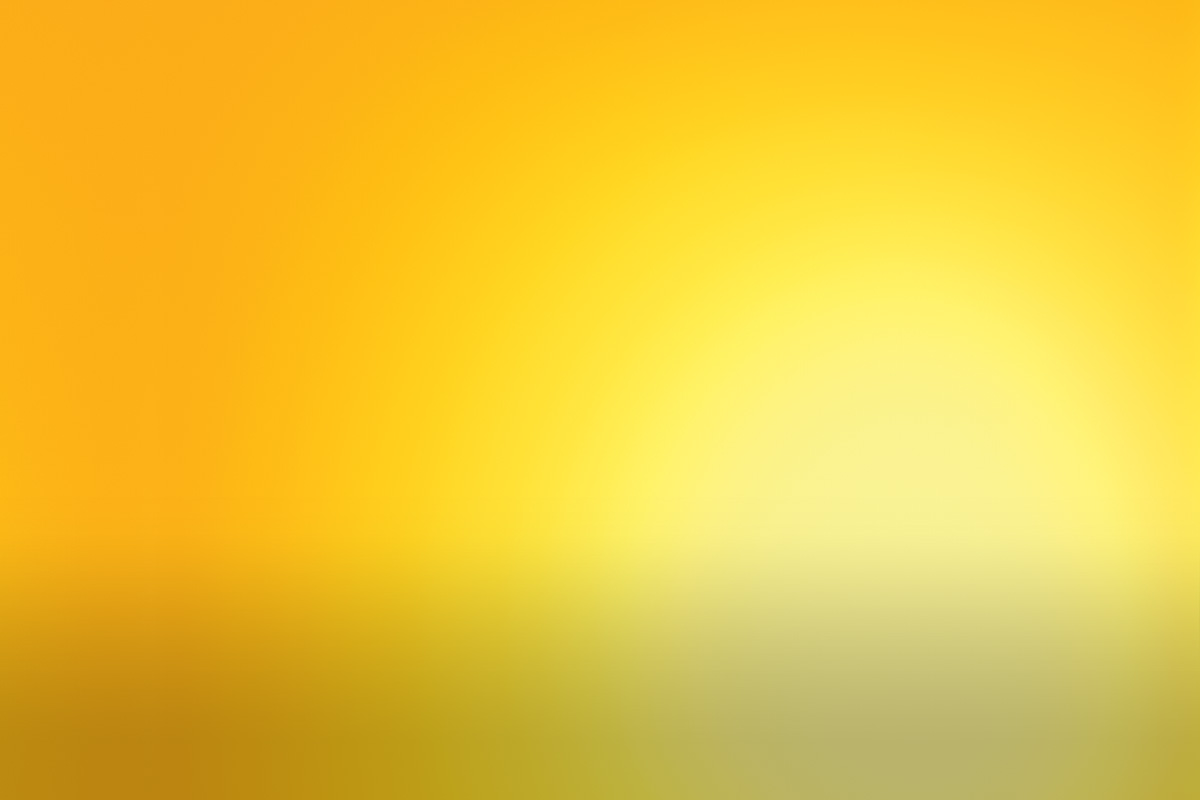 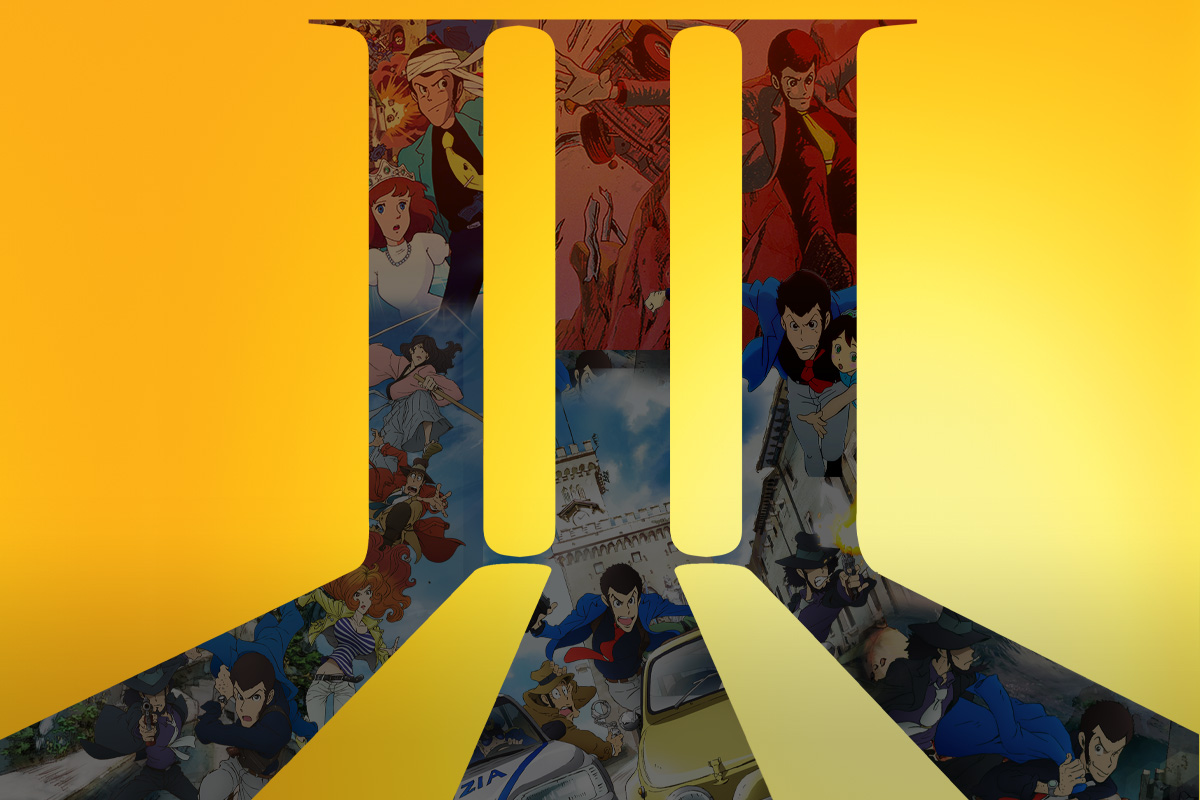 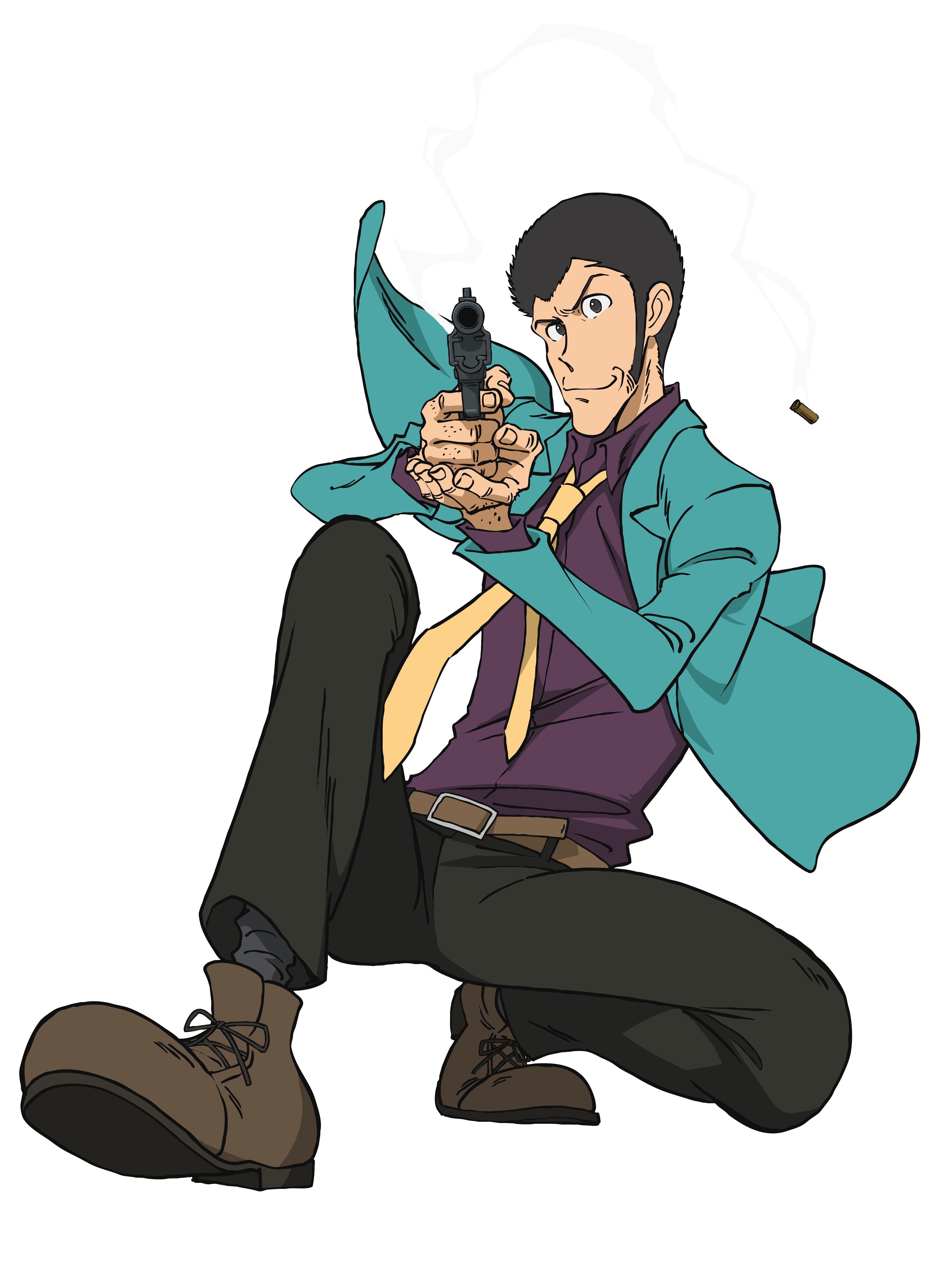 LUPIN THE 3rd and all associated imagery on this site © Monkey Punch/TMS/NTV.

Created by the legendary mangaka Monkey Punch in 1967, the exploits of master thief Lupin III gained instant popularity that spawned a fan following and franchise that would grow and evolve for more than five decades. Four years after its manga debut, the first episode of the animated LUPIN THE 3rd series debuted on October 24, 1971.

50 years later, after over 300 episodes, more than 10 feature films, dozens of standalone specials and OVAs, and even more adventures in the works, Magnetic Press and TMS Entertainment take a look back at the animated history of this beloved franchise! Coming soon in a premium hardcover Anniversary Artbook and exciting new tabletop games! 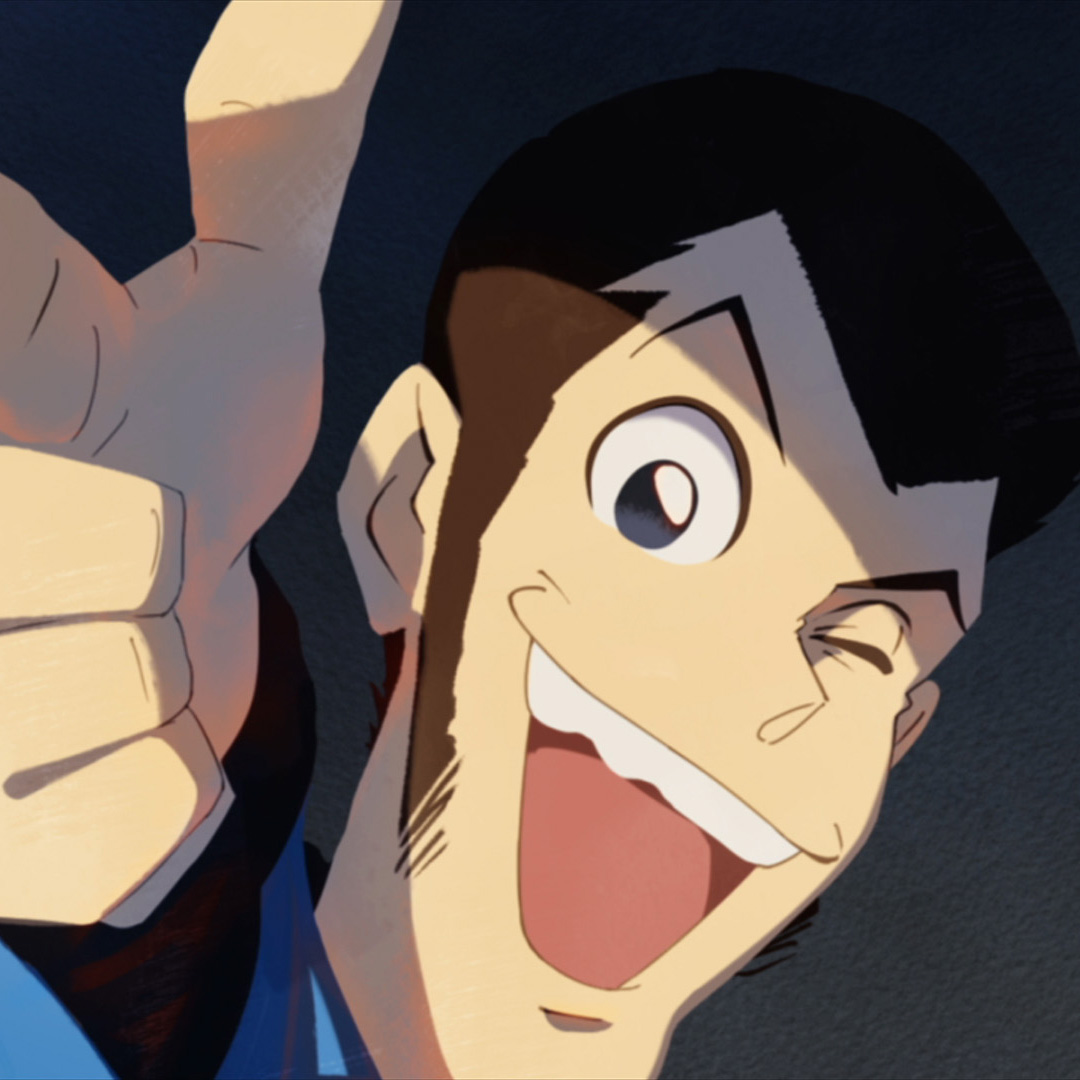 Lupin III
The world’s most wanted gentleman thief and the grandson of the infamous Arsène Lupin. His cavalier and lighthearted attitude hides a skillful craftiness and sharp wit that has saved him from numerous dangerous situations throughout the years. 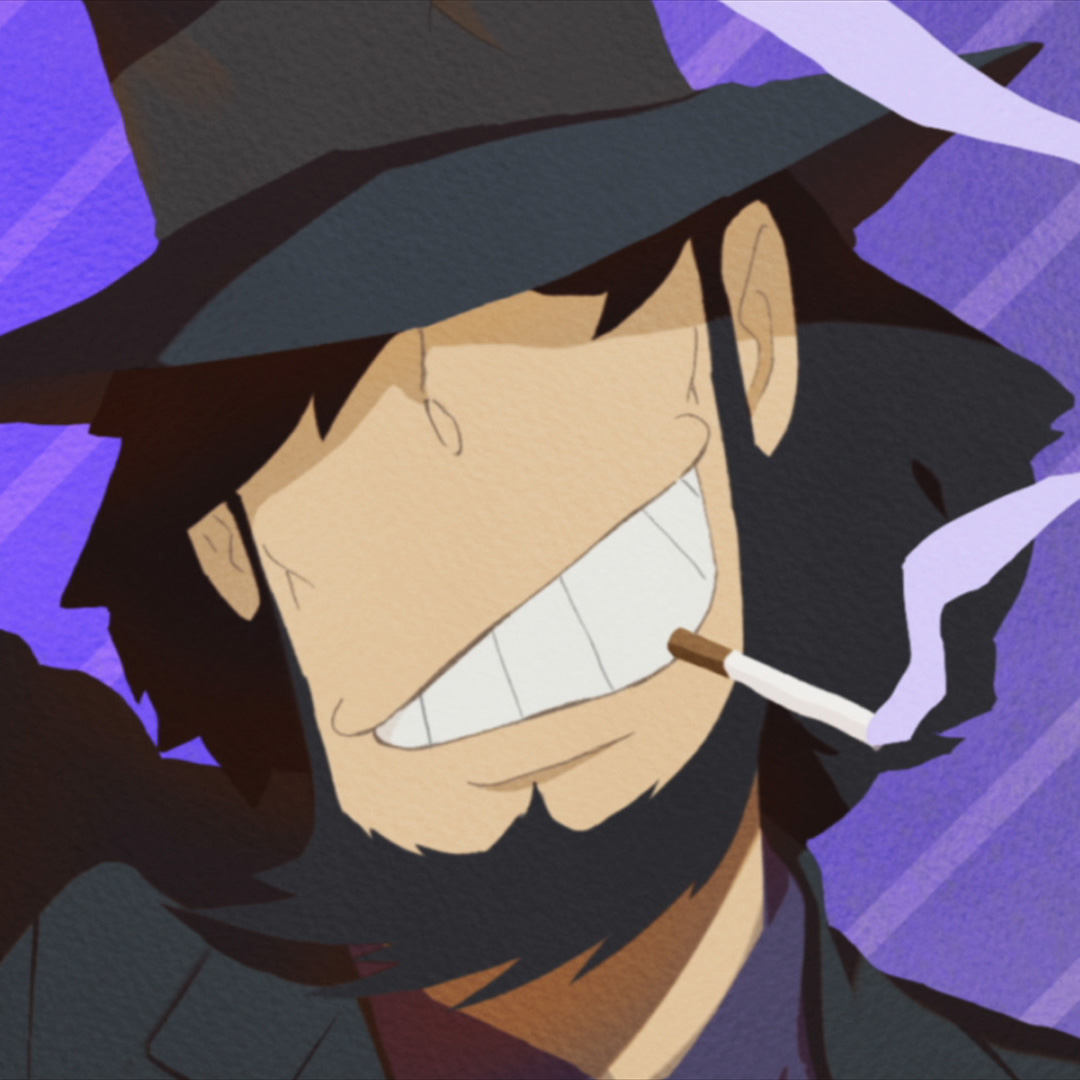 Daisuke Jigen
A smooth gunman and Lupin’s right hand on many of his heists and adventures. Despite Lupin’s often crazy plans and ideas, Jigen remains Lupin’s loyal and reliable partner to the end. 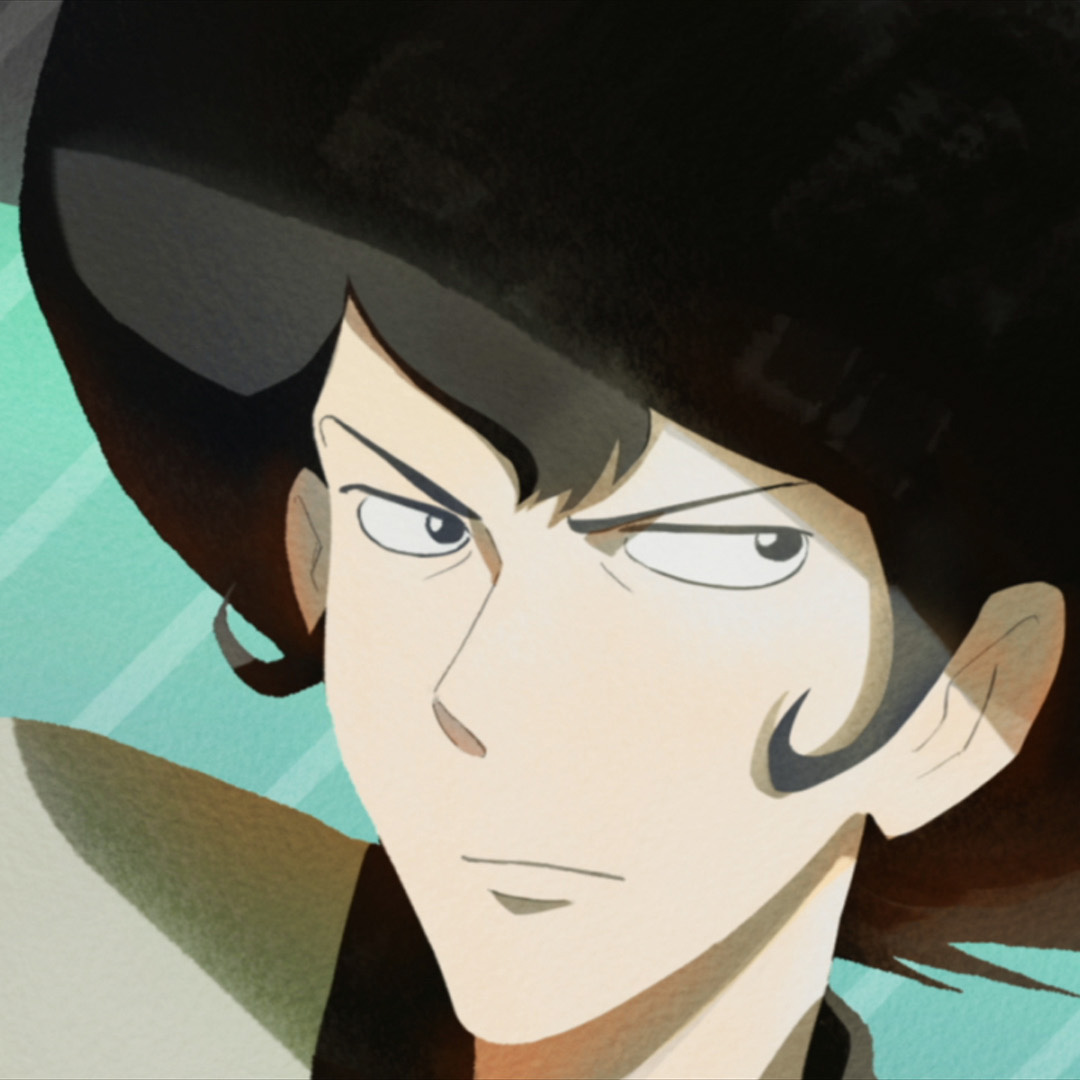 Goemon Ishikawa
The 13th in a line of renegade samurai descended from the legendary outlaw hero Ishikawa Goemon. He quietly follows Lupin on his exploits, often lending a voice of morality when tactics are questionable.

Fujiko Mine
A professional cat burglar and con artist. Her actions frequently lead to suspicion, as she has been known to make deals with their adversaries for her own personal gain. Lupin enjoys their game of wits, however. 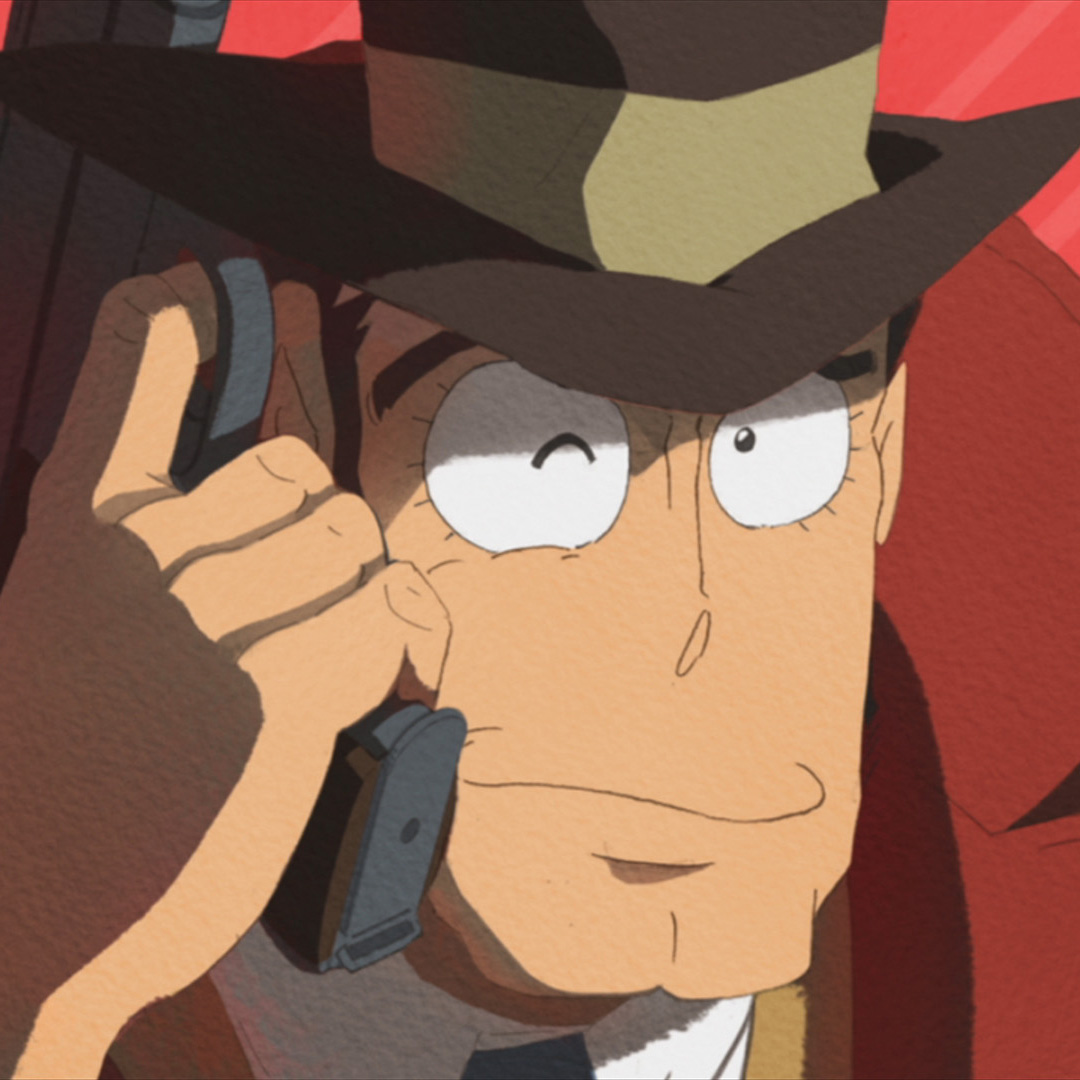 Inspector Zenigata
A Police Inspector who has made it his life’s mission to capture Lupin. While his dogged tenacity and lawfulness often cause the gang trouble, his pure code of ethics can sometimes make him useful in a jam…

Always in pursuit of the next big score, Lupin and his gang of regulars have become usual suspects in some of the greatest heists the world has ever known! 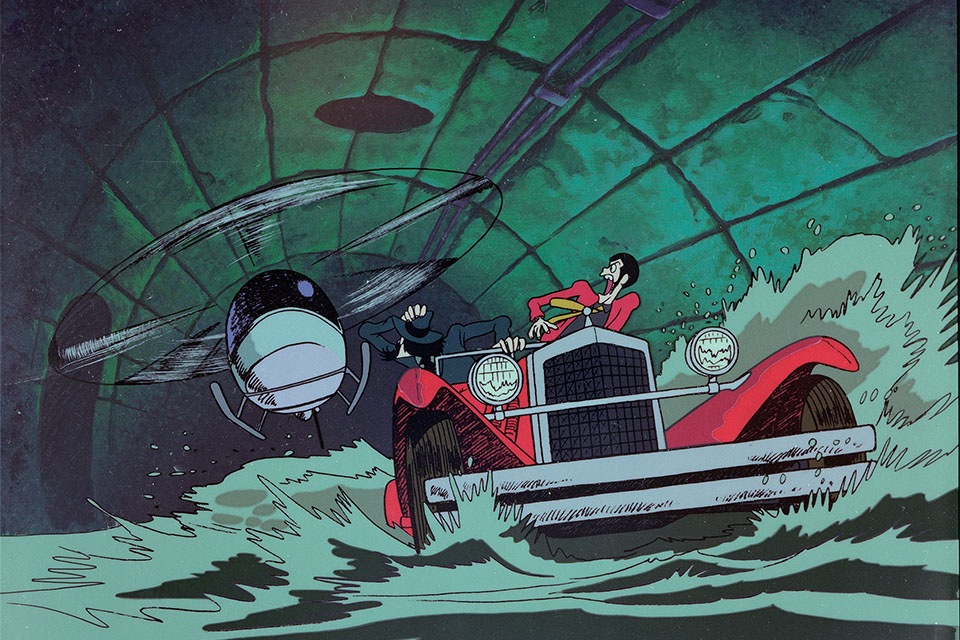 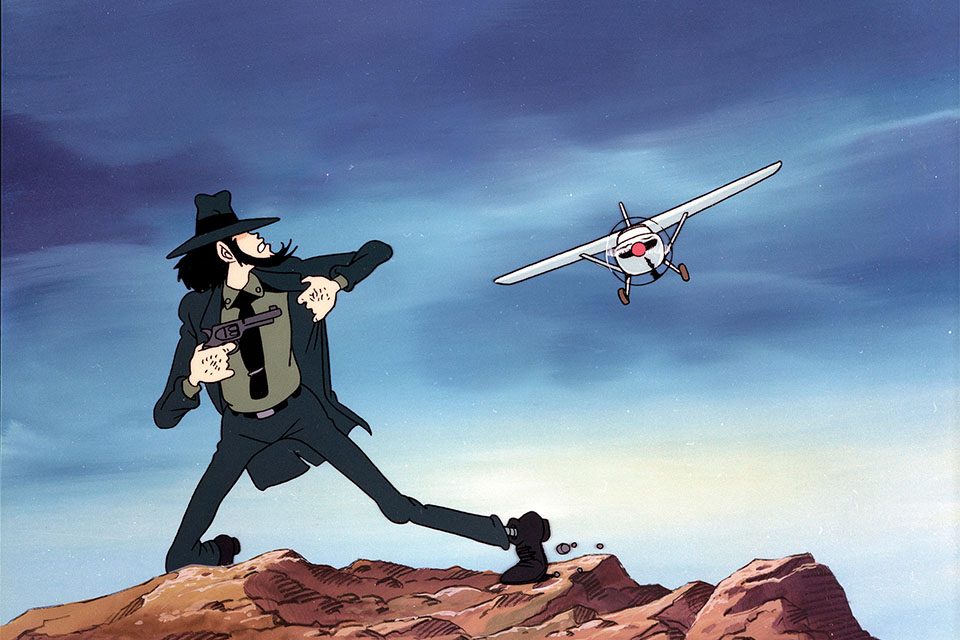 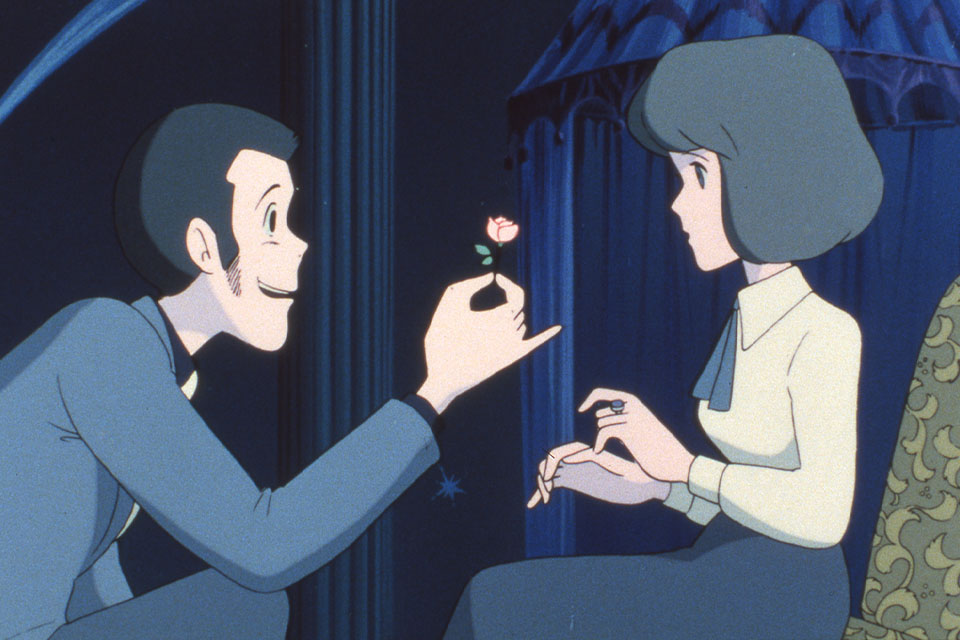 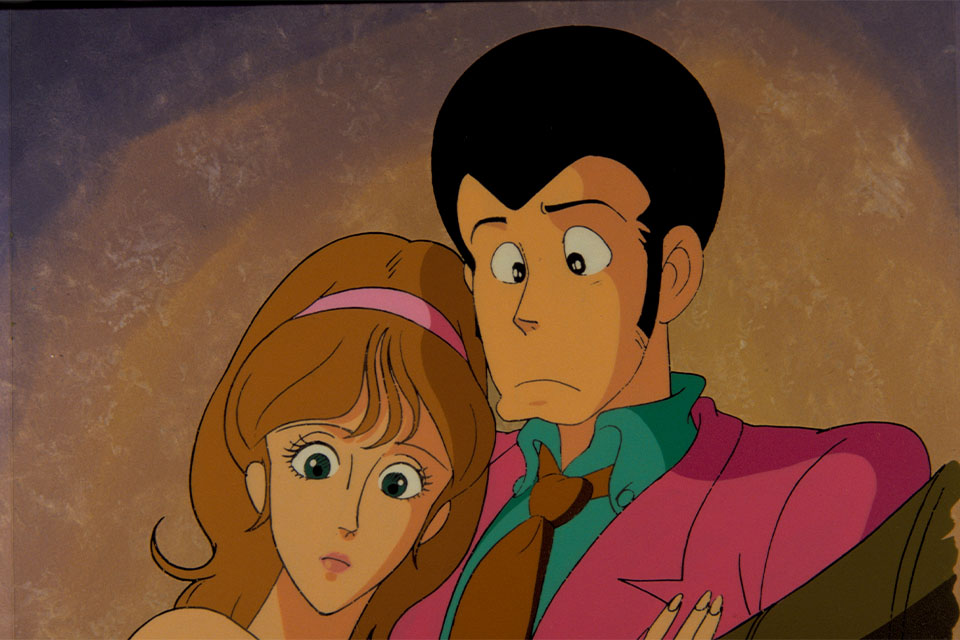 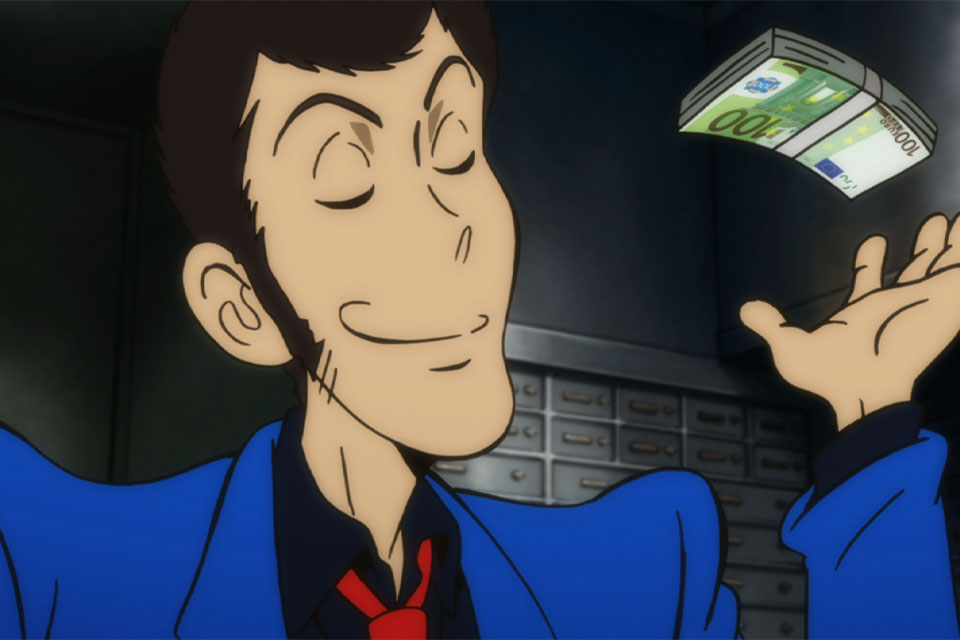 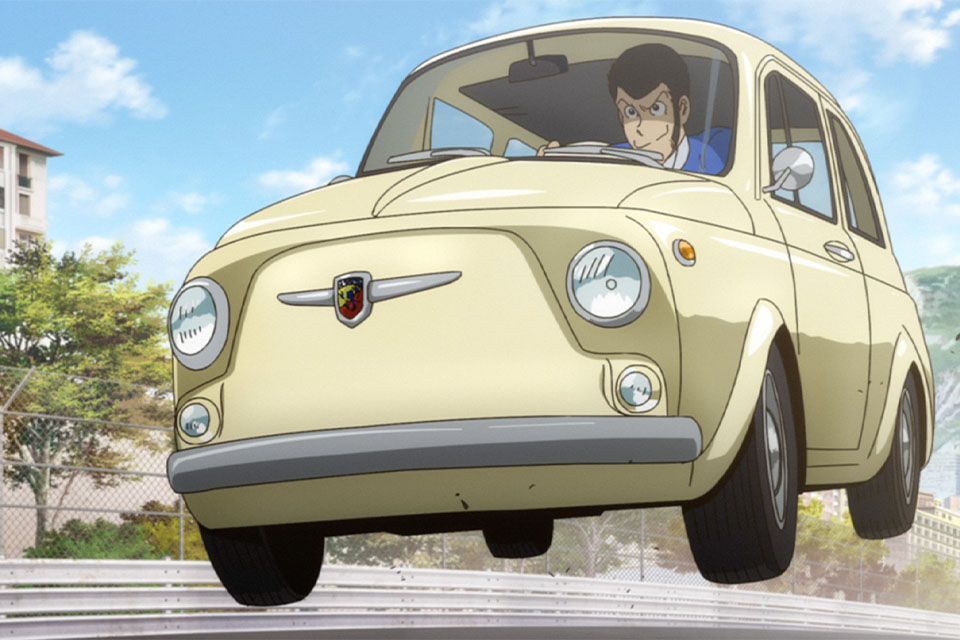 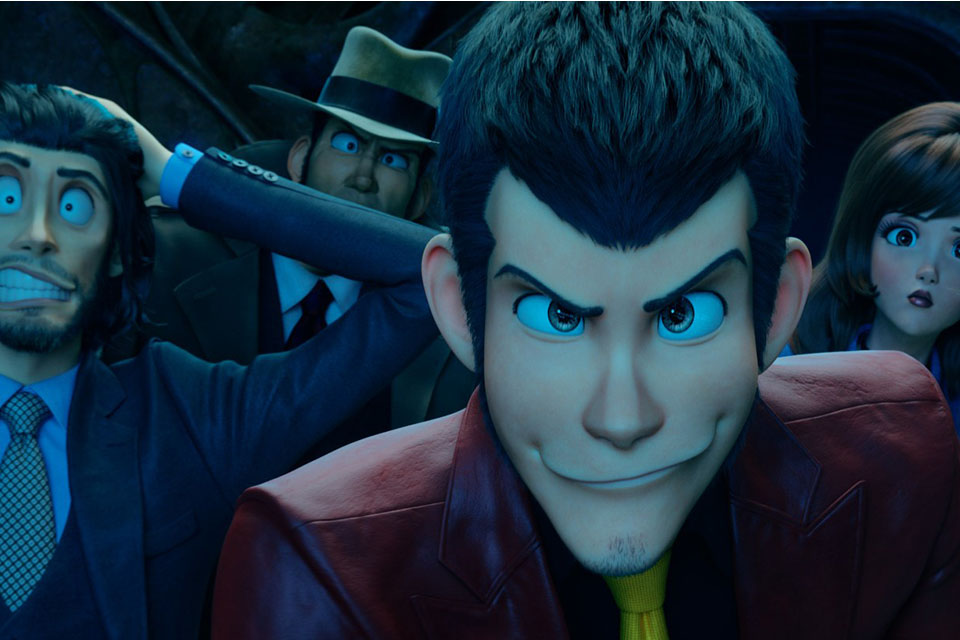 A comprehensive look back at animated history

50 Animated Years of LUPIN THE 3RD

A comprehensive look back at LUPIN THE 3RD through the decades, from his animated premiere in 1971 to his brand new escapades in Part 6, now airing weekly worldwide! Complete with plot summaries and production art from nearly every episode, special, and feature film, this deluxe hardcover is a must for every fan!

Over 200 pages of full-color spectacle encased in a premium 11 x 8.5″  landscape hardcover with spotUV, embossed elements, and curved corners on the cover.

Where to watch LUPIN THE 3RD

Many seasons, specials, and feature films in the LUPIN THE 3rd series are available on these streaming services (and more)! Check your local listings to see what’s available on your favorite platform!

The brand new season “Part 6” is now streaming on Hidive with new episodes premiering each week!

To commemorate the 50th anniversary of the legendary LUPIN THE 3rd anime franchise, Sentai and TMS Entertainment (TMS) are proud to host the world premiere of the English dub of LUPIN THE 3rd PART 1, Episode 1, presented alongside the first two subtitled episodes of the eagerly awaited series LUPIN THE 3rd PART 6 in theaters for a limited-time, special engagement.

BOOK YOUR TICKET TODAY Click here to find a theater near you!

MAGNETIC PRESS is a subsidiary of Polarity that publishes graphic novels, art books, and periodicals curated with a focus on internationally recognized content and talent, presented with premium quality design and production value. The Magnetic brand was founded by writer and video game veteran Mike Kennedy in 2013 as the independent publishing company Magnetic Press, Inc, featuring creators both new and established from around the world, sharing their stories with an English-language audience often for the first time. Their award-winning library includes such celebrated titles as the Love series of wordless wildlife graphic novels, as well as Eisner-nominated books Mister Invincible, Pistouvi, Irena, Stay, A Sea of Love, Watersnakes, Herakles, Doomboy, A Glance Backward, Little Tails, The Ghost of Gaudi, and Dave Dorman’s Wasted Lands Omnibus. Magnetic has earned a total of 23 Eisner Award nominations in their first six-of-six years of eligibility. Magnetic also won the Gold Medal of Excellence in the graphic novel category of the 2015 Independent Publisher Awards for Love: The Fox

TMS Entertainment USA, Inc. is a subsidiary of TMS Entertainment Co., Ltd. (better known as TMS), one of the largest anime studios in Japan. With a strong focus on anime production, licensing, and distribution businesses, TMS boasts a library of over 12,000 episodes across a total of 420 titles that include much-loved anime titles such as Lupin the 3rd, Dr. STONE, and MEGALOBOX. For more information, visit www.tmsanime.com

The LUPIN THE 3RD tabletop games will be released by MAGNETIC PRESS PLAY, a new imprint of Award-winning graphic novel and artbook publisher MAGNETIC PRESS. Stay tuned for more exciting news and announcements by following us on social media and registering below!