It’s not easy being one of the smaller predators in the woods, competing with an entire woodland population for scraps along the food chain. But when nature throws cataclysmic weather into the mix, it becomes a race for survival… and Love.
LOVE: THE FOX follows a spry, intrepid, one-eyed fox during an average day of foraging when a natural disaster erupts.  Readers are taken on a thrillride as animals of all shapes and sizes react to the danger, but the fox inexplicably runs towards the fire, braving daunting obstacles and looming predators to reach a desperate location in the heart of the storm…
This second volume in the celebrated LOVE series is another beautiful all-ages title that explores genuine natural behavior, like a nature documentary told through the dramatic lens of Disney-esque storytelling. LOVE: THE FOX a lavish, gorgeously rendered and ultimately heartwarming story that is a monument to modern sequential narrative. 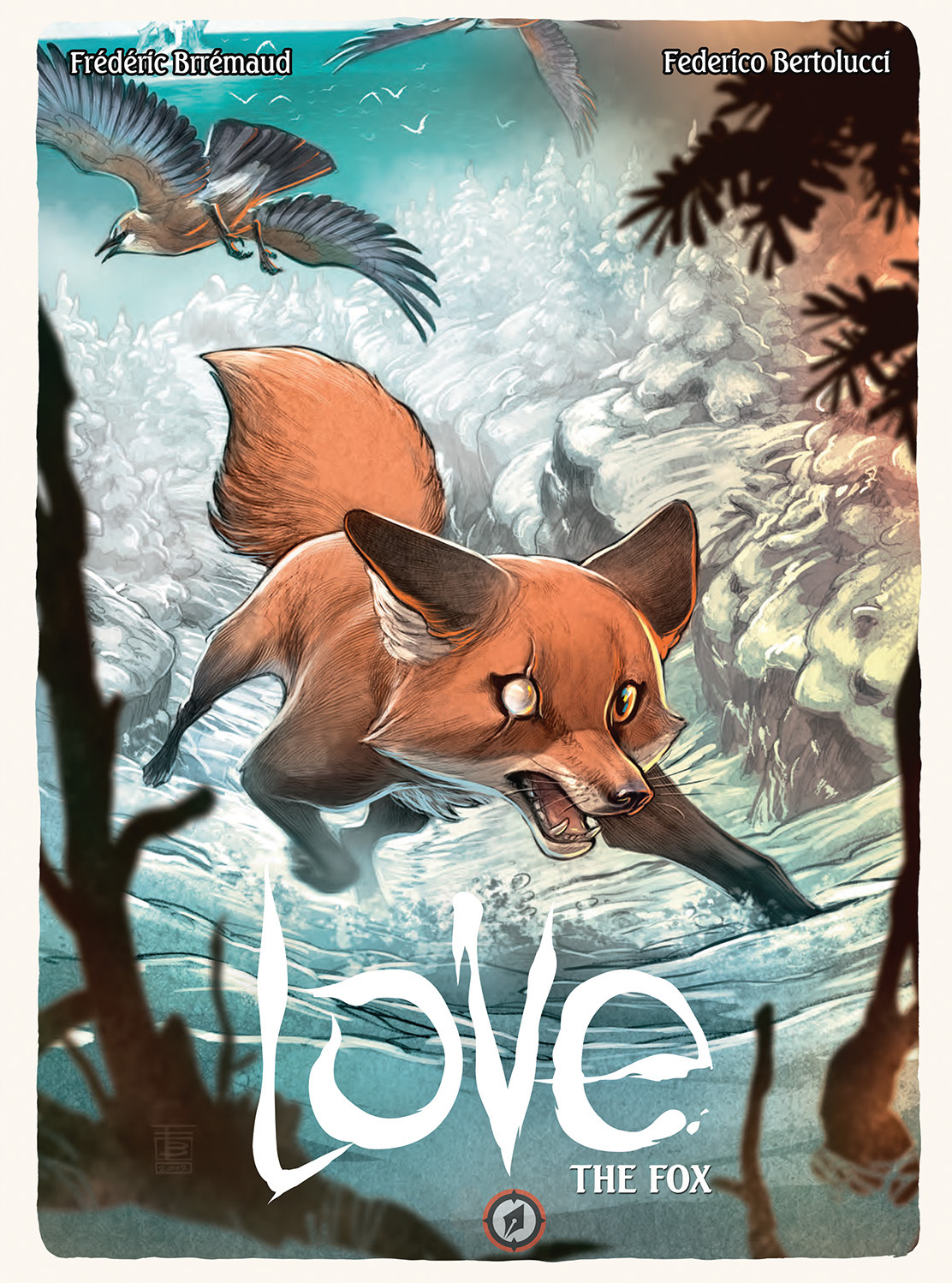 “…the book is a marvel, with panel after panel of Bertolucci’s gorgeous palette. The storytelling has the feeling on an animated film.”
– Publishers Weekly Starred Review of Love: The Tiger
“Love: The Fox, like it’s predecessor, Tiger, is a stunning visual delight that paints the natural world with a lush sense of wonder and graceful wit. You will joyfully lose yourself in its abundance.”

FOR MORE INFO: VISIT THE LOVE: THE FOX WEBPAGE

The WERE-WARS have begun! 😾 Get the complete …

"Houston, we have a problem." PANEL OF …

TEMUDJIN KICKSTARTER IS over 500% FUNDED! …

Arsene Lupin:Gentleman Thief out in the Wild at …

READY YOURSELF FOR THE JOURNEY! The Temudjin …

"THE END" PANEL OF THE DAY. From CARBON …

Our biggest sale ever ends this weekend! 🔥 …