San Diego Comic-Con 2015 is almost upon us, and MAGNETIC PRESS will be there in full force. Here is everything you need to know about what we’ll be up to, including panels, special guests, signing times, SDCC exclusives, and our other special events: 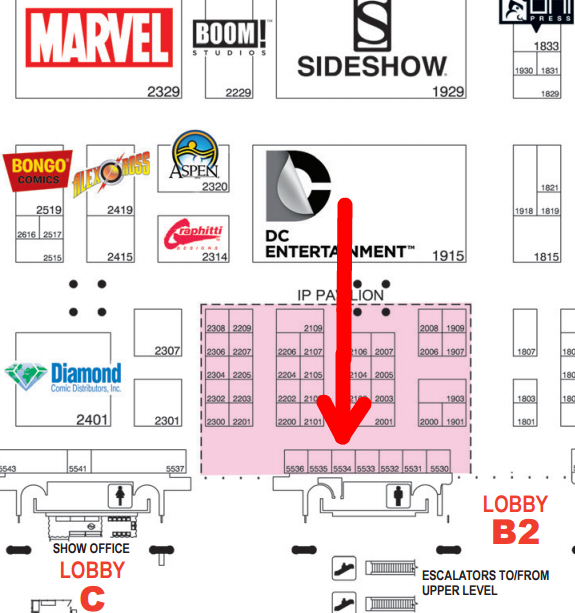 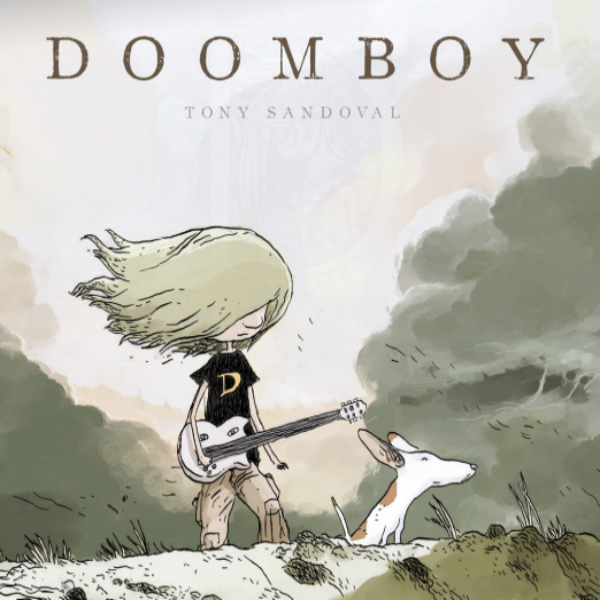 We are thrilled to host BENGAL (Naja, Batgirl, Cassyno) and 2015 Eisner Award nominee TONY SANDOVAL (Doomboy, A Glance Backward) for their very first Comic-Con appearance! Both will be very special guests on our MAGNETIC PRESS: 2015 AND BEYOND panel Saturday night, and both creators will be signing at our booth throughout the weekend. Come by, say hello, and get your books signed (and maybe even a sketch) by two of the most exciting creators taking shelves by storm these days!

Join us for this year’s ridiculously star studded Magnetic Press panel and hear all about what we have lined up for YEAR TWO. Join Magnetic Press Publisher MIKE KENNEDY and a murderers row of talent, including POET ANDERSON creator and multi-platinum recording artist TOM DELONGE (Blink-182, Angels & Airwaves), along with co-writer BEN KULL and NY Times best-selling author SUZANNE YOUNG, talking about the Poet universe and its many upcoming facets!  We also welcome superstar illustrator BENGAL (Batgirl, Naja, Cassyno) to SDCC for the first time, along with 2015 Eisner Nominees TONY SANDOVAL (Doomboy) andDAVE DORMAN (Wasted Lands Omnibus).  Also appearing will be FRANCISCO HERRERA (Bitten) and Euro-comics magnate and author PIERRE PAQUET (A Glance Backward)! 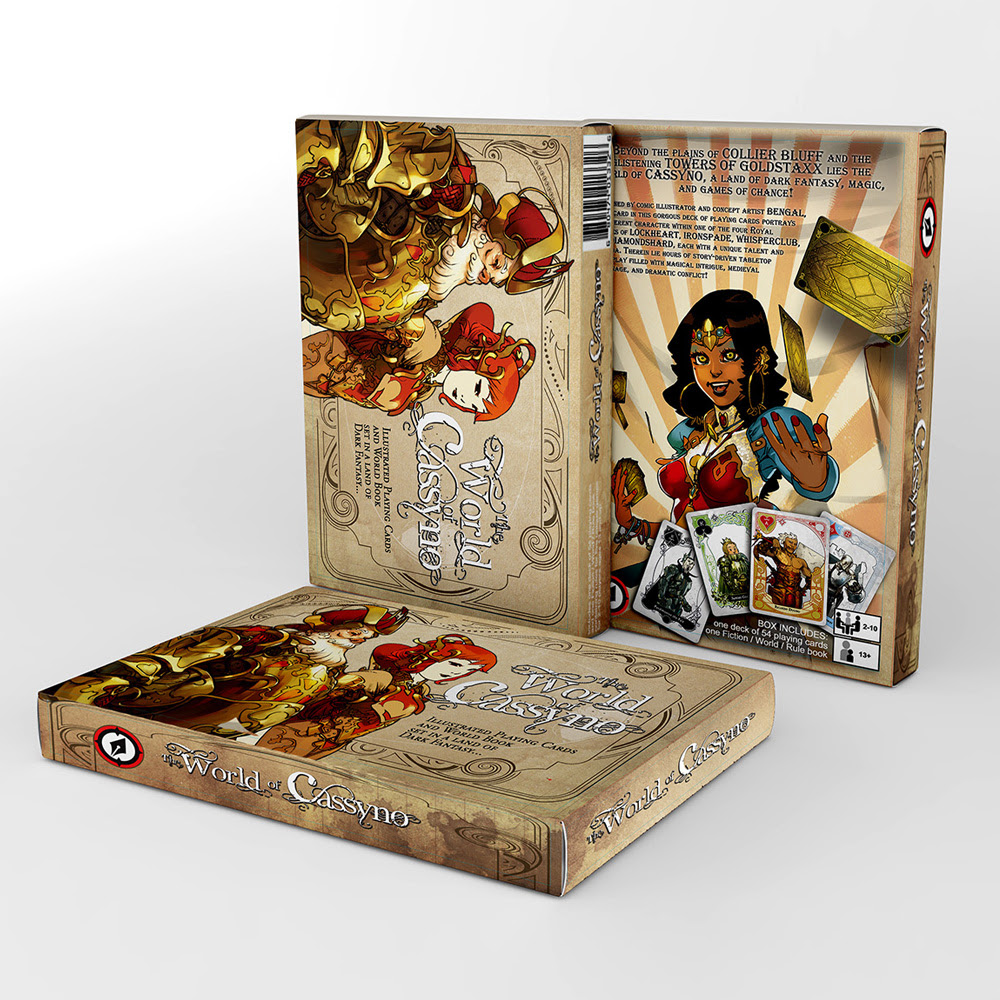 Beyond the plains of Collier Bluff and the glistening towers of Goldstaxx lies the land of Cassyno, a world of dark fantasy, magic, and games of chance created by French comic illustrator and concept artist Bengal. Far from just another deck of playing cards, this set is as much a gallery of original character art as it is the fantastic setting for numerous stories of deep mythology, magical intrigue, and medieval espionage, between four unique kingdoms. Alice in Wonderland meets Game of Thrones.

Featuring 54 original illustrations unique to each card in the deck (including 2 Jokers). The 64 page World Book includes character lore, world history, and rules for seven unique games you can play with this original deck of cards!

ONLY 30 GAME BOXES and 48 SINGLE DECKS WILL BE AVAILABLE AT SDCC!

Also available in limited quantities:CASSYNO ROYALS 8-plate lithograph portfolio!  Only 15 will be available at SDCC!!

A complete deck of 56 cards featuring a selection of never-before published works from Bengal’s Griseline sketch collection. Each card features a different girl in a different costume design, some of them familiar, others wholly original.

THIS ITEM IS LIMITED TO ONLY A SINGLE PRINT RUN of 500! WE WILL ONLY HAVE 50 AT SDCC!

Stay Tuned to learn about our SDCC COSPLAY COMPETITION to win an exclusive deck signed by BENGAL!

Also available in limited quantities:BENGAL’S COSPLAY GIRLS 6-plate lithograph portfolio!  Only 30 will be available at SDCC!! 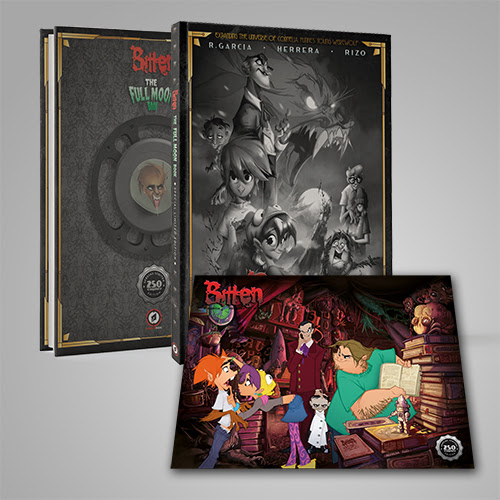 This is an EXTRA-LIMITED, unique B/W cover edition of the BITTEN: FULL MOON ART BOOK, which includes an EXCLUSIVE ANIMATION CEL and BACKGROUND PRINT byFRANCISCO HERRERA! ONLY 250 PRINTED! 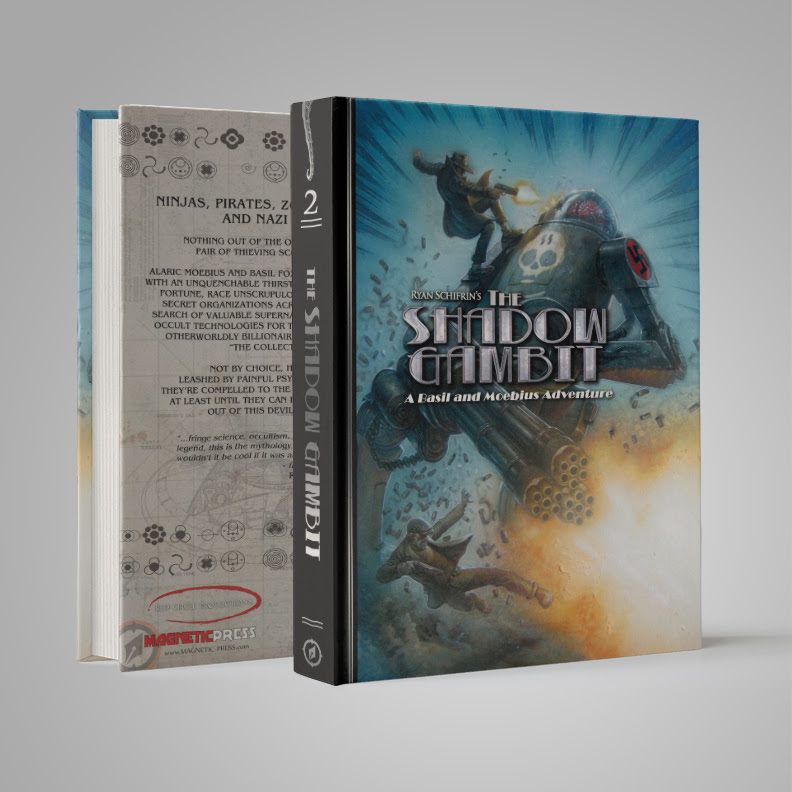 The second volume in the Basil & Moebius graphic novel series makes an advance debut at SDCC, a month ahead of stores!  This time, the thieving duo chase down ninjas, sunken uBoats, and Nazi UFOs!  We will only have limited quantities of volumes 1 and 2 at our booth at a special bundled price!